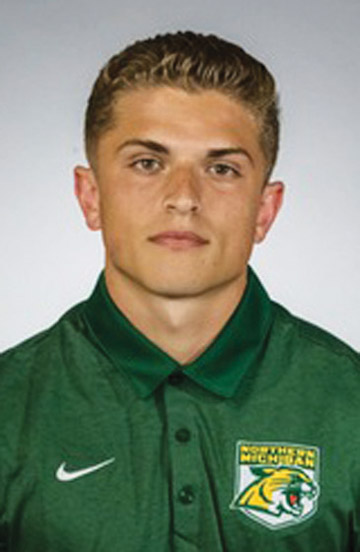 The GLIAC Freshman of the Year led the Wildcats in all three scoring categories, notching eight goals and six assists for 22 points.

Palmbaum, a native of Rocklin, California, included two game-winning goals in his total, along with the second-fastest hat trick in NCAA D-2 history when he scored three goals in less than four minutes in a victory at Upper Iowa on Oct. 18.

His eight goals are second-most in a season in the four-year history of the program, while his six assists and 55 total shots were both NMU season records.

He also helped the Wildcats to 8-11 overall and 7-7 GLIAC records, both sets of wins the most ever for Northern, which reached the league tournament for the third straight season.