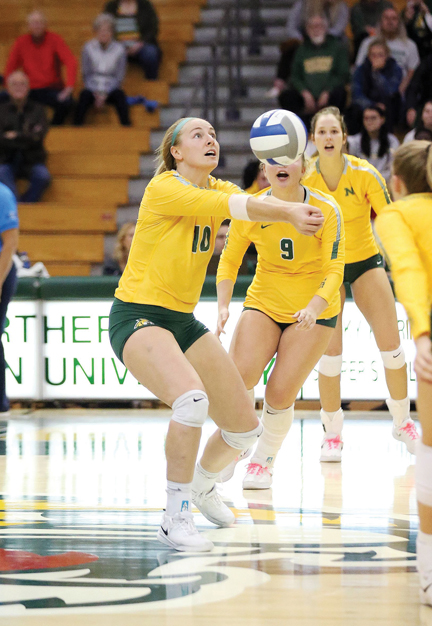 MARQUETTE — With their biggest rival coming to town on Saturday, the Northern Michigan University volleyball Wildcats go into it with some momentum.

NMU has won its last two matches, GLIAC road victories over Purdue Northwest and Wisconsin-Parkside, to push its league record above .500. Now, the ‘Cats (10-12, 6-5 GLIAC) face Michigan Tech at home and are looking to make up for an earlier loss in Houghton when Tech earned a three-set sweep, 25-16, 27-25, 25-23.

Wildcats head coach Mike Lozier feels good about how his team has played recently and thinks things are definitely looking up as Northern gets set for the GLIAC-leading Huskies (18-4, 10-1).

“I feel like we’re getting better every day,” he said Tuesday. “Every match, we’re learning something new. Sweeping last weekend was huge for us for postseason implications. Now we get an opportunity to finally play at home. It’s been a little while and we actually have back-to-back weekends at home for the first time this season.

“Another great thing is that we’ve done a lot of revamping how we scout opponents with (assistant coach) Kristin (Pickett) and only having one match on Saturday really allows us to really dig deep into Tech’s game plan and what they’re gonna do so we can prepare for them. 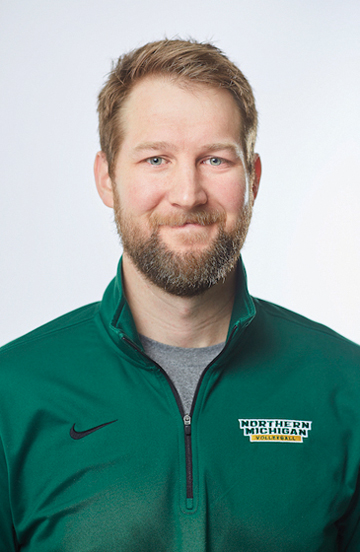 “They’re a great team, obviously. They’re at the top of the conference right now and they’re playing at a very high level. But we have a lot of really strong pieces. Sarah (Kuehn) has been playing very well and Abby (Durecki), our other middle blocker, has been doing very well. Lauren (Van Remortel), our setter, is growing and we have that advantage of being so young.

“Of the seven or eight players that play, all but Sarah are either sophomores or freshmen. So that allows for a significant amount of growth throughout the season. The team that competed against Tech last time is significantly better, so we hope that shows on Saturday.”

Kuehn, a senior, was named GLIAC North Player of the Week on Monday.

“I think we’re trending in the right direction as a team,” she said. “Like coach kind of alluded to, we’re young. We have done this and we have the ability to continue to surprise teams. We have a lot more growth that’s to come still, I think, and I hope that we’re peaking at the right time this season. So I feel really good.”

Kuehn, who is one of only three seniors on the team, has been looked to as a leader and feels that all those years of playing for the Wildcats have benefited the team, even though she admits there are some negatives to having being a veteran.

“I would say a little bit of both,” she said with a laugh. “So disadvantages, I have to be aware of how my body is feeling a lot more. I’ve played five years of college volleyball, which is a lot, and that’s even more than the years of sports I played before college. So my body has definitely taken a toll and I can tell it’s my fifth year. My body is kind of screaming at me some of the time, but that being said, mentally, I’ve gone through the ringer.

“I’ve gone through a lot and I’ve been with a lot of different types of teams. So leadership-wise, it’s definitely an advantage, especially with this type of team being young. I feel super lucky to be a mentor for some of the younger girls. It’s just been a really cool season to be a part of. So I would say it’s definitely more of an advantage than a disadvantage for me.

“We limit my reps in practice and stuff, so we take care of the body piece of it and I think my mental game and stuff like that, definitely benefits from my age.”

Looking at herself, Kuehn said that she’s made a lot of progress recently and that her teammates have as well.

“As a team, we are for sure trending the right way right now,” she said. “For me, individually too, this week was a big step. I was honestly struggling earlier in the season, at least I felt that way for sure. I have been working on my block a lot and trying to work within our system a little bit more instead of just an individual piece to it.

“I feel like overall we’re all trending in the right way. I’m talking about me as an individual, but I would say that everybody on the team would say that themselves as individuals. We’re all learning every single day in practice and we’re all getting better and that makes the team be better as a whole. I feel good.”

The Wildcats host the Huskies at 4 p.m. Saturday at Vandament Arena. The game is scheduled to be shown on Grit TV, channel 192 on Charter cable systems.