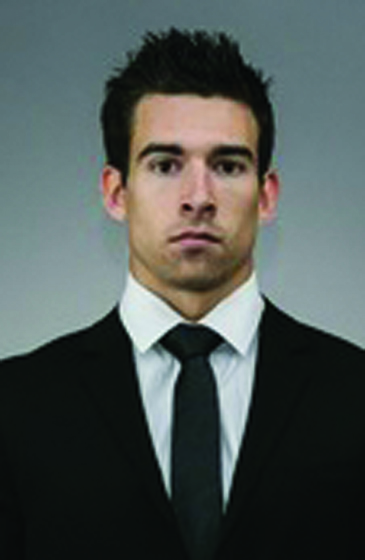 MARQUETTE — Heading into this season, the Northern Michigan University hockey team had lost a good chunk of its offense to graduation and to the pros.

So the now-No. 16 Wildcats needed someone to pick up that slack, or maybe even step in as a go-to scorer. Forward Vincent de Mey has done that so far and on Tuesday, he was given the October WCHA Forward of the Month award. He had already been named Player of the Week twice last month.

Over the course of the month, de Mey scored in five different games, while finishing second in the country with three power play goals. His eight total points were also tied for first on NMU’s roster. In just the first four games, de Mey matched his total goals last season with five and also notched his first multi-goal game against then-No. 20 Boston University.

De Mey led the WCHA in total goals over the month with six, and also had the most power play points in the conference with four. His output also helped the Wildcats earn their first four-victory opening month in two years and their best starting winning percentage since 2014-15.

The sophomore currently has seven goals and nine points and picked up his fourth power play goal last Saturday against Alabama-Huntsville to bring his total to four, which ties him for first nationally.