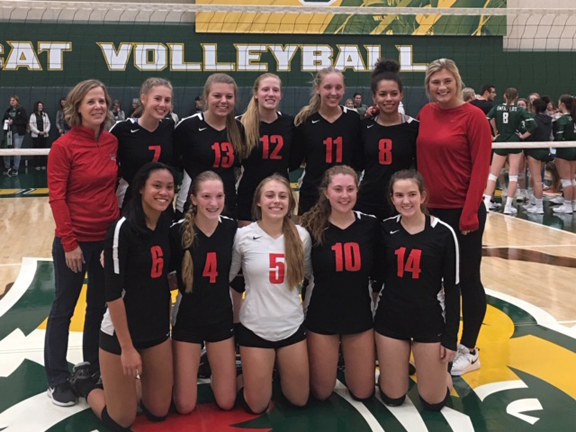 MARQUETTE — Marquette put on a perfect performance to sweep to the championship of the Northern Michigan University High School Invitational volleyball tournament held at Vandament Arena on Saturday.

The Redettes won all 12 sets they played, including eight against four schools in pool play, then two more each in the semifinal and finals.

The tourney culminated in MSHS sweep Manistique for the championship, 25-20, 27-25.

“The girls looked good in practice this week, so I had a great feeling coming into the weekend,” MSHS head coach Ann Crandell-Williams said. “They continue to improve all the time and their overall consistency (Saturday) was really impressive.

“Manistique is a strong team and the final match was an exciting one, but the girls kept swinging and pulled through.”

For the dozen sets, sophomore Seiler Hruska led the offense with 49 kills, adding in 10 service aces, 16 digs and two blocks.

The Redettes are back in action Thursday when they host Menominee.