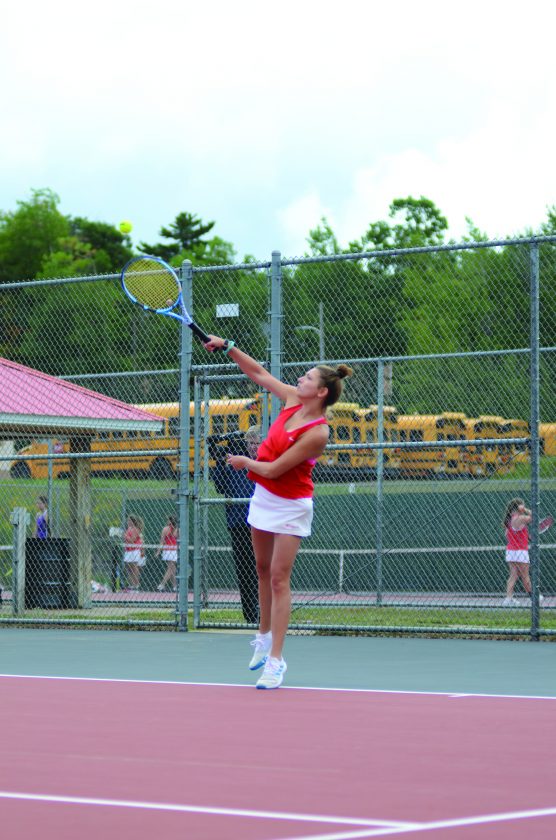 MARQUETTE — With the exception of the major awards, Marquette and Negaunee were nearly even in honors handed out this week for Upper Peninsula Division 1 girls tennis.

But the big awards all went the Redettes’ way, just as the U.P. Finals did a week ago when MSHS ended the Miners’ five-year reign as U.P. champions.

Marquette was named Team of the Year while Redettes No. 1 singles player and senior Elysa Olivier earned Player of the Year after she finished an undefeated season for her third U.P. championship.

No coach of the year was handed out, but it almost certainly would’ve been between MSHS coach Derek Sandstrom and Negaunee mentor Kyle Saari after their 1-2 finish in the finals.

The other awards were almost evenly split between these two top teams.

All-U.P. First Team in doubles went to a duo from each school, too — Carlson and Lammi for NHS and Ryleigh Jackson and Kennedy Tate for Marquette.

Honorable mentions in singles went to a player from each school, Campbell Kontio of the Redettes and Lexi Mason of the Miners, while Negaunee earned one extra honor — Tianna Williams and playing partner Shaylee Menhennick won doubles honorable mention.

Here are the balance of All-U.P. award winners: