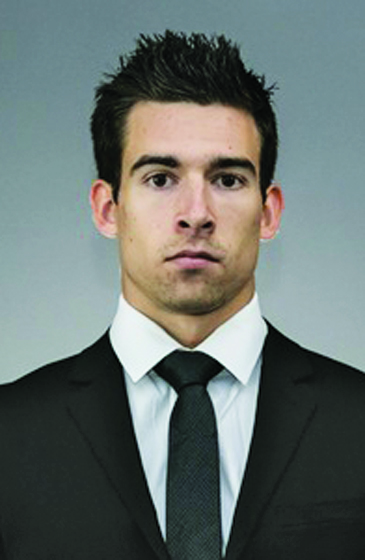 MARQUETTE — Northern Michigan University hockey player Vincent de Mey is vaulting out to what has to be the hottest start in the WCHA this season.

It showed as the league honored the sophomore forward for the second straight time as WCHA Forward of the Week on Monday.

De Mey has scored in each of the Wildcats’ four games so far, including netting three goals at No. 20 Boston University over NMU’s 1-0-1 weekend.

After scoring a goal in Friday’s 4-4 overtime tie, his run continued Saturday evening with the first multigoal game of his career, including the game-winner with about 11 minutes to go in Northern’s 4-3 victory.

De Mey’s five goals lead the WCHA, while he’s second in points with six. He also leads the league in goals per game with 1.25, power play goals and power play points with three each.

In fact, his three power play goals lead NCAA Division II, five total goals is third in the nation and goals per game is fifth.

NMU (2-1-1) opens league play this weekend at Big Rapids to take on Ferris State on Friday and Saturday evenings. NMU leads their all-time series 60-30-6, including sweeping a series in Marquette in their own meeting last season. The teams meet again this season on Jan. 31 and Feb. 1 at the Berry Events Center.