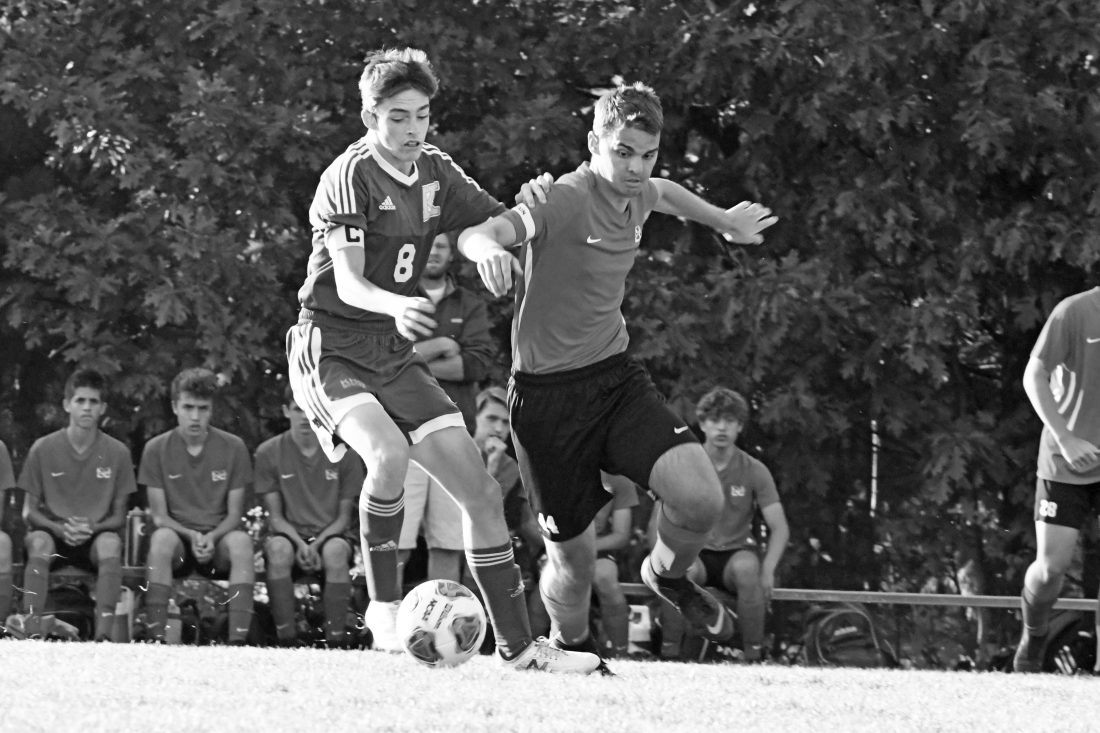 “(Our) kids played a great first half, (but) lost a little bit of focus in the second half; but credit to Kingsford, they came out firing in the second half,” MSHS head coach Dan Menze said after his team improved to 8-5-1. “Once we weathered the storm the final 20 (minutes) we got back to our game and held them in check. (It was) good to see the team move forward from the loss against (Kingsford) earlier in the year and we look forward to playing them again at the end of the year.”

Salmon opened the scoring off a rebound shot from freshman Nick Lindberg. They traded off to make it 2-0, the second time Lindberg scoring as Salmon along with freshman Nick Asmus making passes to set up the goal.

Salmon added his second goal off another Lindberg assist to make it 3-0 at halftime.

The Flivvers worked on a comeback to open the second half, scoring back-to-back goals to cut their deficit to 3-2.

But with eight minutes remaining, Salmon took a throw-in from sophomore Connor Johnson and went short side for the final margin.

Marquette sophomore goalkeeper Harrison Anthos faced seven shots in the first half and 11 in the second.

The Redmen travel to Eagle River, Wisconsin, on Saturday to face Northland Pines.