Manistique volleyball roars back to defeat Gwinn in 4 sets 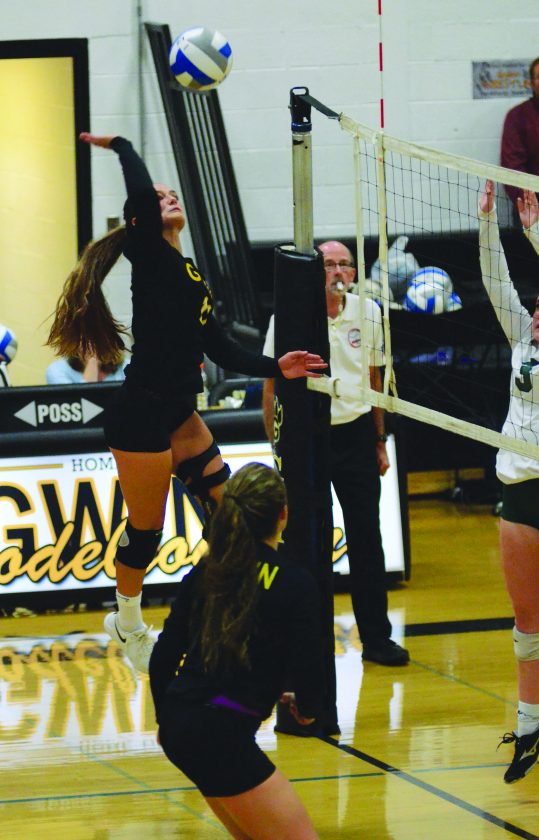 GWINN — The Manistique High School volleyball team prevailed in what could be an early district tournament preview at Gwinn on Tuesday night.

Modeltowners coach Toni Roberts reported that the MHSAA Division 3 district tourney draw was held last week that included Tuesday’s combatants on opposite sides of the draw. That would mean that early success for Gwinn and Manistique could set up a matchup for the district title.

Also in the tournament to be held at Westwood will be the host Patriots along with Negaunee, Ishpeming, Norway and Bark River-Harris.

But Roberts had more immediate concerns than an event that won’t be held until the first week of November.

“(On Tuesday) we were not consistent at all,” the GHS coach said. “I only had two hitters that were consistently finish(ing) plays for us. We had a few hitters struggle to hit.

“Manistique puts up a massive block and I think more than anything, my hitters couldn’t mentally overcome the thought of the block. Manistique had several blocks or touches, but we had way too many unforced errors and hits into the net.

“In the first set, we were able to serve Manistique out of (their) system a lot and make good things happen for ourselves. The rest of the night we missed a couple too many serves and we let them serve us out of system by letting our serve receive break down.”

However, the coach for Gwinn (8-5-2, 0-1 Mid-Peninsula Conference) still found a silver lining in her top players.

“Our three senior captains all had good nights,” Roberts said. “Emily Curtice is just consistent for us every day.

“Megan Ruokolainen really stepped up tonight. She was playing good defense (and) put up some really nice sets.

“Marissa Delmont saw the court well. She found the hitters (who) were producing for us, even when they were in the back row. She has a really nice serve and is able to create runs for us.”

Ruokolainen had her season-high with nine kills, while also leading the team with 15 digs and adding two aces and two assists.

Manistique is back in action on Thursday night hosting Escanaba, while Gwinn is off until Tuesday when it travels to Westwood.