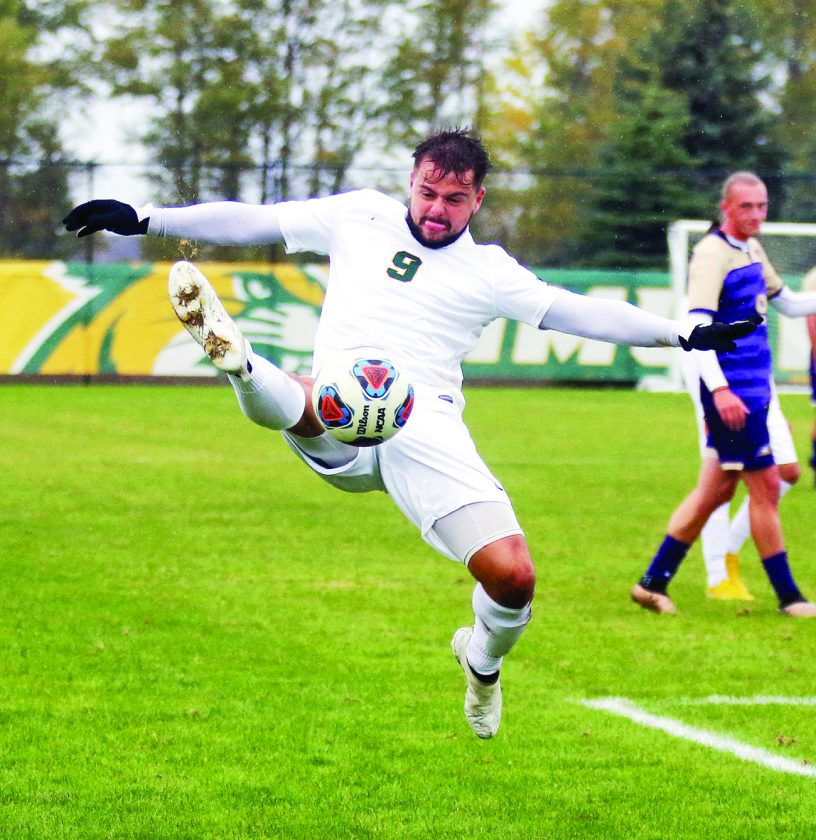 Senior Luca Lippert of Langen, Germany, scored all three of his team’s goals in the Wildcats’ 3-2 home victory over GLIAC rival Purdue Northwest on Friday.

It was first hat trick by an NMU player in men’s program history as Northern opened its league season.

Lippert got on the board quickly, scoring just 4:04 into the match before adding the overtime-forcing goal in the 68th minute to tie it 2-2. Then with 3:10 left in the first OT, he finished the “triplet” to give the Wildcats their first-ever overtime victory.

On Sunday, Lippert followed up his success of two days earlier by earning an assist on Northern’s opening goal against Upper Iowa.

The Wildcats went on to win that game 2-0 for a Homecoming weekend sweep and 2-0 GLIAC record to go with a 3-3 overall mark.

This weekend, NMU goes on the road for GLIAC encounters at Ashland in Ashland, Ohio, on Friday and at Davenport in Grand Rapids on Sunday.