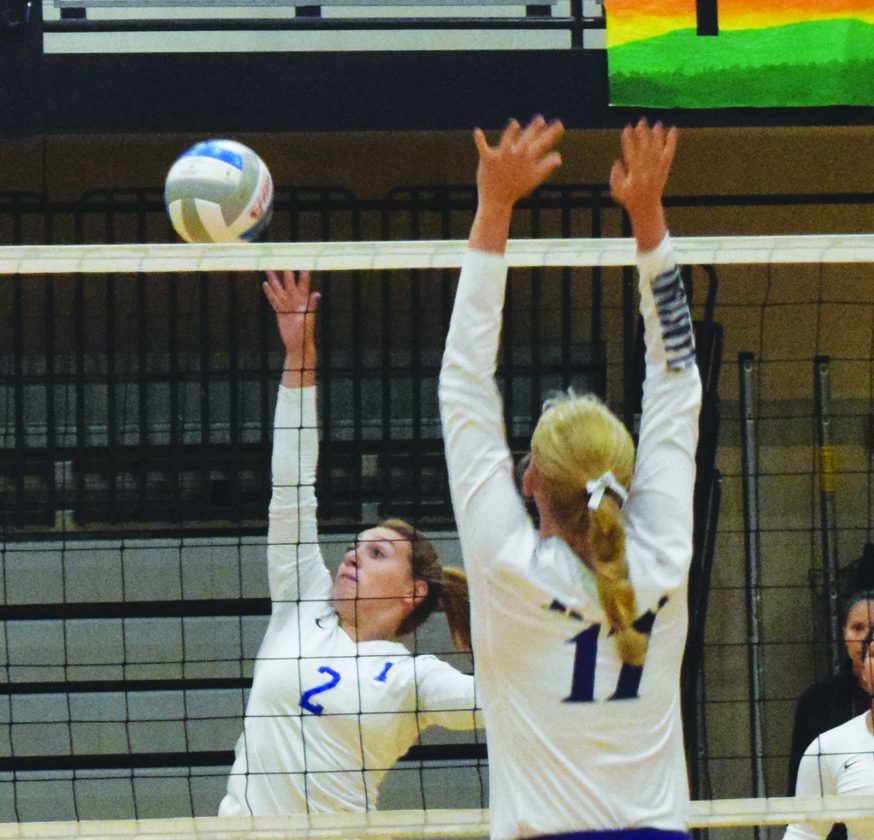 GLADSTONE — Ishpeming got a second chance in less than week to go for a victory against Gladstone on Tuesday night.

The final set was tied 7-7 with Ishpeming serving, but Gladstone’s Rylee Harris spiked it to give the Braves the lead and the ball. Gladstone kept that momentum until a lifting penalty made it 14-11. The Hematites scored one more before the Braves took the set 15-12 to clinch its second win over their Marquette County rival this season.

“I think my girls just played with some heart tonight, and that’s what I’ll expect to see from them for the rest of the season,” Hematites’ coach Kat Beerling said.

Ishpeming took an early lead in the fourth set. The Braves had a chance after a service error gave them possession and made it 13-10, but a quick turnover led to a six-point run by the Hematites, ending at 20-10.

A block-kill from Gladstone’s Megan Crow broke the run and enabled the Braves to start trading runs, eventually coming within two. However, the Hematites finished strong and the set ended 25-20 after a service error by the Braves (2-2).

The first set was dominated by Gladstone, with an eight-point service run by Chloe Grenier to give the Braves an 11-1 lead.

“Where our struggle is is consistency,” Braves’ coach Bill Lawrence said. “We start out strong, we do really well in the first set, but then we’ll kind of coast into the next set and lose. It’s pretty common. We just need to work on having a high energy level all the time.”

Ishpeming showed tenacity in the second set, starting with a six-point service run by Emma Poirier. The Hematites kept the lead, working it to an 18-9 advantage after a quick service run by Ava Koepsel.

Then Gladstone’s Daisy Croschere made a kill that stole the momentum back. The Braves’ Ahna Larson went on a nine-point service run to move Gladstone ahead 19-18, though it was tied at 19-19 and 20-20. Gladstone pulled ahead 23-21 before a service error and winner made by Ishpeming’s Tia Mattila retied it. Two more Ishpeming points won the set and a tie match at that point.

“Our plan coming into today was just to control our side,” Beerling said. “This season we’ve started off very slow, but we’re starting to click. We’ve been working on some things at practice, and I think that what we showed tonight proved we’ve been working hard at practice.”