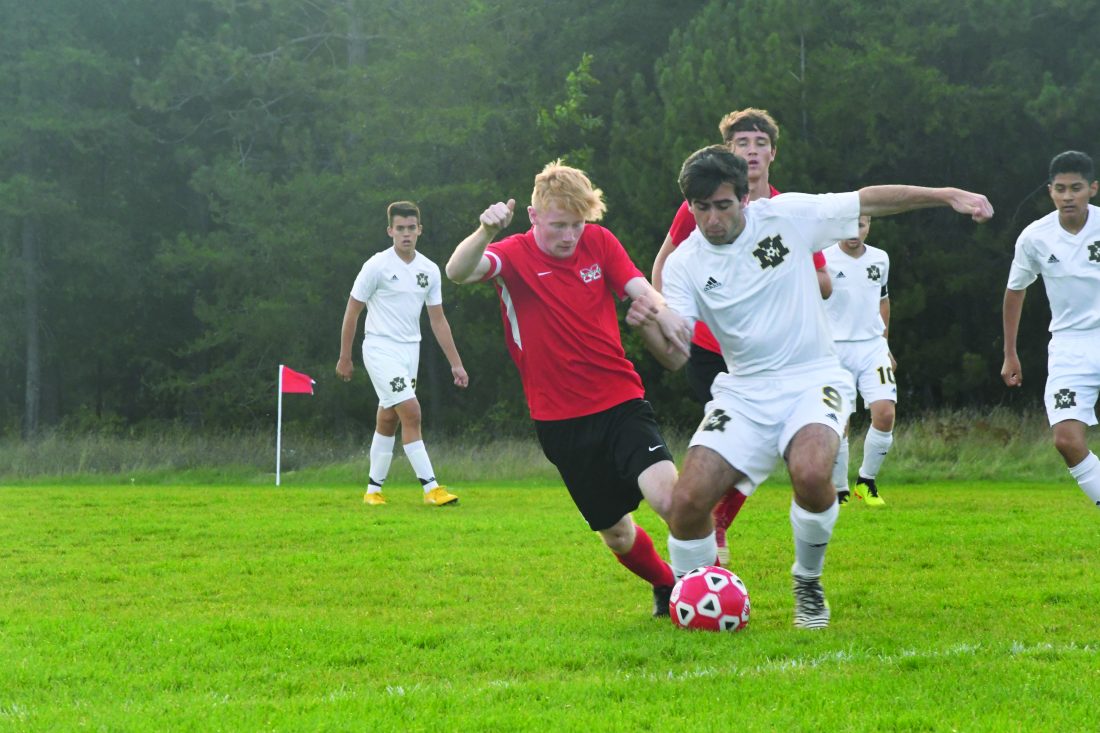 Dawson scored both of the Redmen’s first-half goals and sophomore goalkeeper Harrison Anthos made it stand up by stopping all three shots on net he faced, each coming in the first half.

“There are some games that as a coach you can’t help but smile, clap your hands, and jump for joy,” MSHS assistant coach Collin Lake said. “(Tuesday) was one of those games.

“Offensively, we went with a couple new ideas that seemed to work wonderfully. Overall, everyone played a great game, especially Nick Asmus.”

Dawson’s first goal come off a pass from Asmus, also a freshman, while the second goal was from a combination pass from senior Trevor Salmon and sophomore Nick Lindberg.

The Redmen improved to 7-5-1 with a home game at 6 p.m. Thursday against Kingsford, a team Marquette lost to the last time the teams met.

“The support from the students, parents, and fans was electrifying (Tuesday),” Lake said. “Hopefully we get that same support Thursday night against a tough Kingsford team.”