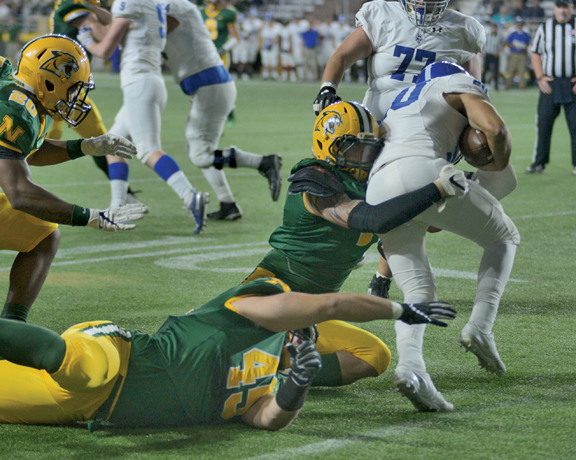 MARQUETTE — The Northern Michigan University football team has made some progress over the last couple of years and coaches around the GLIAC have definitely noticed as they picked the Wildcats to finish seventh in the GLIAC with 19 points in the GLIAC Preseason Coaches Poll.

Ferris State, fresh off an appearance in the NCAA Division II national championship game, was picked to win the conference with 64 points, followed by Ashland (55), Grand Valley State (51), Saginaw Valley State (42) and Davenport and Wayne State (tied with 30). Northwood was picked eighth with 17 points and Michigan Tech was last with 16.

When it comes to offense, NMU will go through several changes as new offensive coordinator Dan Fodrocy will take the helm after coaching at SVSU the past eight years. The Wildcats will also be missing two-time GLIAC Offensive Back of the Year and two-time All-GLIAC First Team running back Jake Mayon, who broke the school record for career and single-season rushing yards in 2018.

However, there will be some stability as Ryan Johnson is back at quarterback after suffering a season-ending injury he incurred on the second play of last season.

In addition, Deandre Caldwell is slated to be the backfield leader after rushing for 668 yards over the past two seasons. 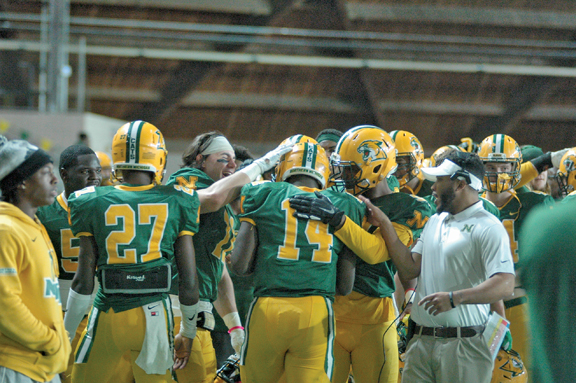 In the passing game, Johnson will have a handful of consistent offensive weapons. Ben Loutsis will lead the receiving corps after a 482-yard season along with four touchdowns. Senior Ryan Knight is also a reliable option after picking up 453 yards in 2017, while Ravon Johnson had 409 yards last year.

Deantae Young, Anthony Ladd and Kingsford native Trevor Roberts will also return. Ladd is best-known for clinching a road win against WSU last year with a 97-yard interception return for a touchdown with less than a minute remaining.

The linebackers will be led by Isaac Darkangelo and Austin Potter, with the former being the Wildcats’ top guy in tackles for loss last season.

The defensive line will have a mix of youth and experience with underclassmen Jacob Dudeck, Mequon Hudson and Edward Pierson, along with seniors Jeremy Statz and Logan McHone.

When it comes to the kicking game, both placekicker Daniel Riser and punter John Kwiecinski have seen significant action. Riser made nine field goals as a freshman and Kwiecinski was an All-GLIAC Second Team selection.

Last season, NMU finished 3-8, a two-win improvement from 2017. With the help of Jake Mayon, the Wildcats set a school record for rushing yards in a season and ran for a record 24 first downs.

The Wildcats open their season at home against McKendree (Illinois) at 1 p.m. on Saturday, Sept. 7, in the Superior Dome.