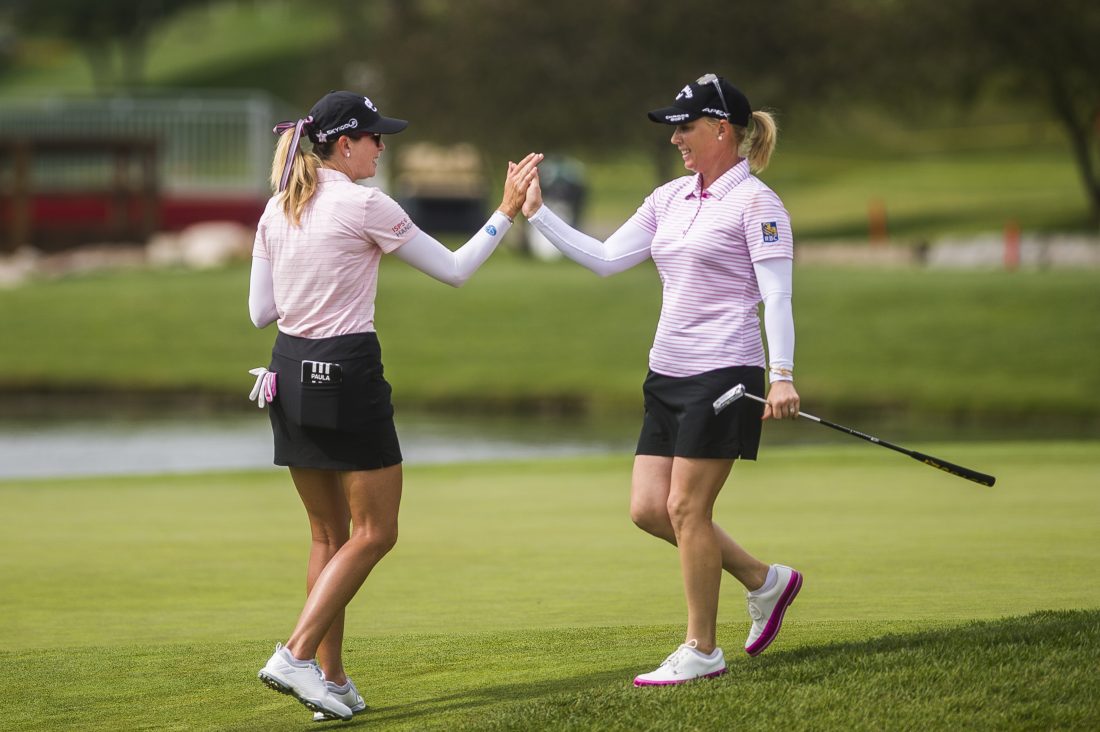 Paula Creamer of California, left, high-fives her playing partner Morgan Pressel of Florida, right, as they play in the second round of the Dow Great Lakes Bay Invitational golf tournament on Thursday, July 18, 2019 at Midland Country Club in Midland, Mich. (Katy Kildee/Midland Daily News via AP)

MIDLAND (AP) — Morgan Pressel and Paula Creamer shot a best-ball 6-under 64 on Thursday for a share of the second-round lead in the Dow Great Lakes Bay Invitational, the LPGA Tour’s first-year team event.

Stephanie Meadowand Giulia Molinaro had a 61, and Frenchwomen Celine Boutier and Karine Icher shot 62 to match Pressel and Creamer at 10-under 130 at Midland Country Club. The teams will play alternate shot Friday and close Saturday with a best-ball round.

“You have two balls in play, you can play much more aggressively,” Pressel said. “I know I certainly could play aggressively knowing my partner had my back the whole way around.”

Trying to get into the U.S. Solheim Cup mix, Pressel and Creamer birdied six of the last eight holes on their opening nine — the course’s back nine — then parred the last nine.

“Morgan played awesome on the back nine, which was our front nine,” Creamer said. “I couldn’t really get anything going on this side. But we’ve got two more days left so we’re not in bad position by any means. It wasn’t our ‘A’-game today, but still very pleased with where we’re sitting.”

Meadow, from Northern Ireland, and Molinaro, from Italy, had eight birdies in a 10-hole stretch, making five straight on Nos. 5-9.

“We talked about it and said, ‘We’ve just got to time it right,” Meadow said. “There’s something about when your partner’s in a little bit of trouble we kind of pick up the pace and try to make birdie and kind of have their back. I think that’s what we did really well today.”

Boutier and Icher birdied four of the five and closed with three straight birdies.

“Our games complement each other really well,” Boutier said. “When I was struggling a bit, she was there to save the team, and the opposite, so it was pretty good.”

“Would have liked to make a few more birdies,” Henderson said. “I feel like it’s very unusual that we have a better score alternate shot than in best ball.”

The French duo of Celine Herbin and Joanna Klatten had a 60, the best round of the day, to get to 7 under.

Cristie Kerr and Lexi Thompson were 5 under after a 64. Sisters Jessica and Nelly Korda (67) and Ariya and Moriya Jutanugarn (65) also were 5 under. 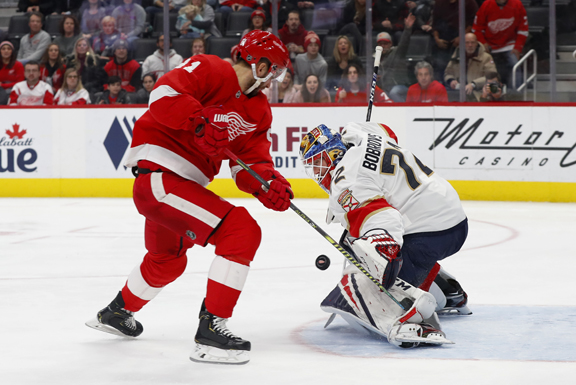 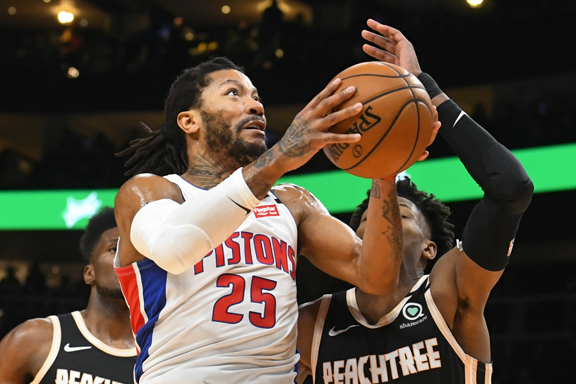