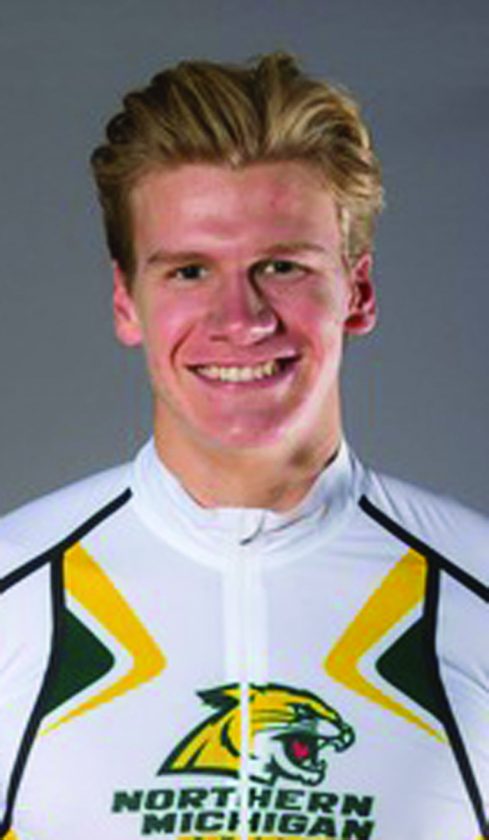 MARQUETTE — Two home meets are featured in a 10-meet schedule for the Nordic ski teams at Northern Michigan University next winter.

The combined men’s and women’s team is coming off a fourth-place finish among Nordic squads at last season’s NCAA Championships.

The women will be led by rising sophomore Abigail Jarzin, while the men are paced by senior Zak Ketterson as both are coming off being named Skiers of the Year in the Central Collegiate Ski Association.

The Wildcats’ season begins with the NMU Open to be held at Al Quaal Recreation Area in Ishpeming on Saturday and Sunday, Dec. 14-15. The month’s other meet will also be in the Upper Peninsula when Houghton hosts the Michigan Tech CXC Cup on Dec. 21-22.

January will be the team’s busiest month with eight days of competition during three meets. Northern returns to Houghton and the MTU Trails for four days of racing from Jan. 2-7 in the U.S. National Championships. Skate races will be held on Jan. 2-3 and classic races on Jan. 5 and 7.

Later in the month, NMU will be at the St. Scholastica CXC/CCSA Qualifier in Grand Rapids, Minnesota, on Jan. 18-19, then go to the Michigan Tech CXC Cup/CCSA Qualifier, not in Houghton, but in Cable, Wisconsin, on Jan. 25-26 on some of the trails where the nationally-renowned American Birkebeiner is held.

A week after that, the Wisconsin-Green Bay CCSA Qualifier will be held in Rhinelander, Wisconsin, on Feb. 1-2.

Two U.P. meets follow later in February. The CCSA Championships will be held in Houghton on Feb. 15-16, then NMU will host the NCAA Central Regional Championships at Al Quaal in Ishpeming on Saturday and Sunday, Feb. 22-23. Both have freestyle races on the first day and classic races the second.

The Wildcats head west for their final meets in March and early April. On March 12 and 14, they take part in the NCAA National Championships in Bozeman, Montana, the opening day being freestyle and March 14, the classic.