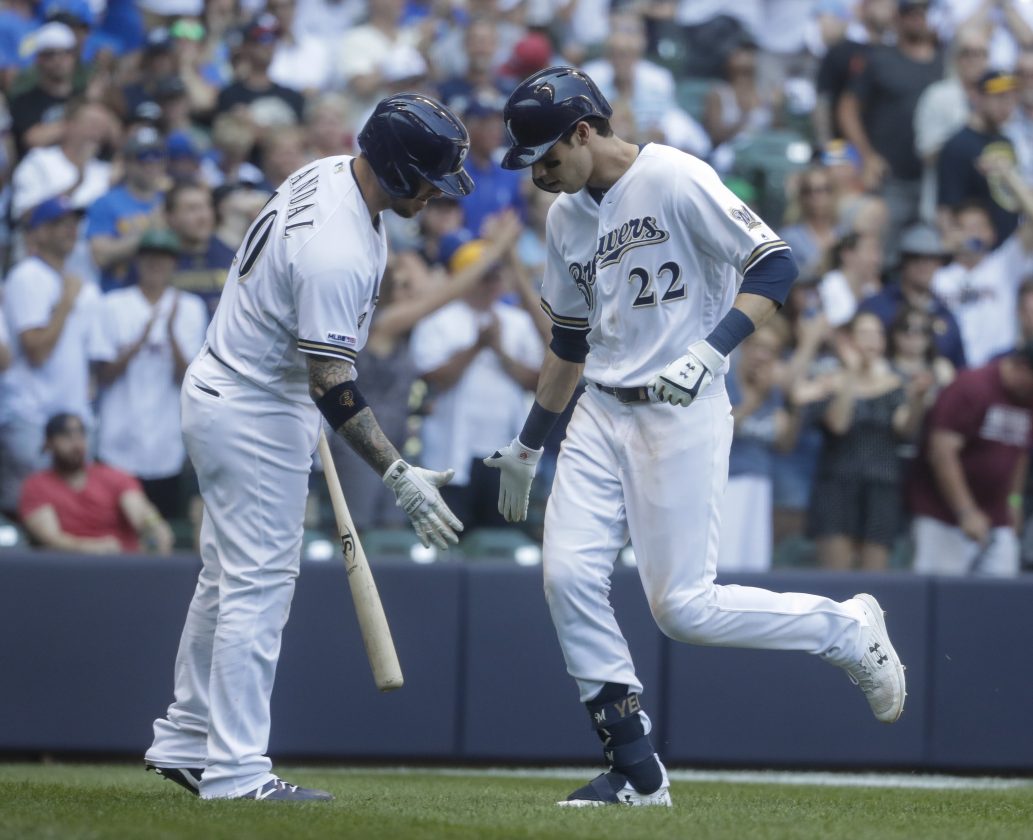 Milwaukee Brewers' Christian Yelich is congratulated after hitting a home run during the sixth inning of a baseball game against the San Francisco Giants Sunday, July 14, 2019, in Milwaukee. (AP Photo/Morry Gash)

MILWAUKEE — After having 11 days off between starts, Tyler Beede had to shake off some rust in the first inning before he quickly took control on the mound.

He looked sharp at the plate, too, in leading the San Francisco Giants to an 8-3 win over the Milwaukee Brewers on Sunday.

Beede pitched effectively into the seventh inning, had two hits and drove in the go-ahead run as San Francisco took two out of three in the series.

“Hitting, bunting, holding runners, fielding your position. Those kinds of things allow a starting pitcher to go deeper into a ball game in the National League,” Beede said.

Beede faced seven batters in the first but held the Brewers to one run. He retired nine of the 10 batters he faced over the next three innings before surrendering a home run to Christian Yelich leading off the sixth.

“He clutched up in a huge way,” Giants manager Bruce Bochy said. “You look at the bullpen usage. We had some guys who needed a break. He was going to be out there, even if things weren’t going that well. We needed length. And he helped himself. He really did a great job.”

It has been an emotional ride for Beede over the past two weeks. The rookie pitcher notched his second career win on July 2, holding the San Diego Padres to four hits and one earned run over seven innings. The start came just three days after his stepfather, Andrew Rivers III, died from cancer in Massachusetts at the age of 52. Rivers had been married to Beede’s mother, Cheryl, for 20 years.

The Giants temporarily sent Beede to the minors after his season-best start as he mourned Rivers’ passing. He spent the All-Star break with his family in Massachusetts before reporting to Double-A Richmond, where he through bullpen sessions on Thursday and Friday before joining the Giants in Milwaukee.

Brandon Belt hit a solo homer with one out in the fifth, his 11th of the season, off Milwaukee starter Jhoulys Chacin to put the Giants in front 2-1.

Yelich’s solo shot in the sixth, his 32nd, pulled the Brewers even before Beede’s run-scoring single in the seventh put the Giants in front to stay.

“The plan was to bunt the whole time,” Beede said. “Then they gave me the swing away sign.”

San Francisco sent 11 batters to the plate in the inning and tacked on five more runs after Beede’s hit to break it open against Milwaukee relievers Corbin Burnes and Matt Albers.

“We’re getting the guys in the counts we want to. We’re just not putting them away,” Burnes said.

Burnes (1-5) gave up four hits and four runs without retiring a batter.

Chacin, the Brewers opening-day starter, hasn’t won since April 30. He gave up two runs and four hits in five innings.

The Giants optioned right-hander Ray Black to Triple-A Sacramento on Sunday to clear a spot for Beede.

Giants: 3B Evan Longoria left the game in the fifth with left-foot discomfort. Bochy said after the game that Longoria is dealing with a plantar fascia issue and is day-to-day. … OF Alex Dickerson, who experienced back tightness in Friday night’s game, was held out for the second consecutive day. … OF Austin Slater, who got the day off on Saturday until pinch-hitting in the seventh, didn’t start on Sunday after arriving at Miller Park with a fever. He struck out as a pinch-hitter in the fifth and remained in the game.

Brewers: C Yasmani Grandal remained in the game after being struck on the left foot by a pitch from Beede.

A moment of silence was held before the game for three ironworkers who were killed when a 567-foot-tall crane known as “Big Blue” toppled over on July 14, 1999, during the construction of Miller Park. Jeff Wischer, William DeGrave and Jerome Starr were killed in the accident. They are memorialized on a plaque outside Miller Park, which opened in 2001, a year later than originally planned.

Giants: Jeff Samardzija (6-7, 4.01) will pitch the opener of Monday’s doubleheader at Colorado as San Francisco opens a four game-series against the Rockies. Dereck Rodriguez (3-5, 5.27 ERA) will be recalled from Sacramento to start Game 2. The Giants have lost 19 of their last 22 games at Coors Field.

Brewers: Adrian Houser (2-3, 4.01) will make his sixth start of the season in the opener of a three-game series against Atlanta. 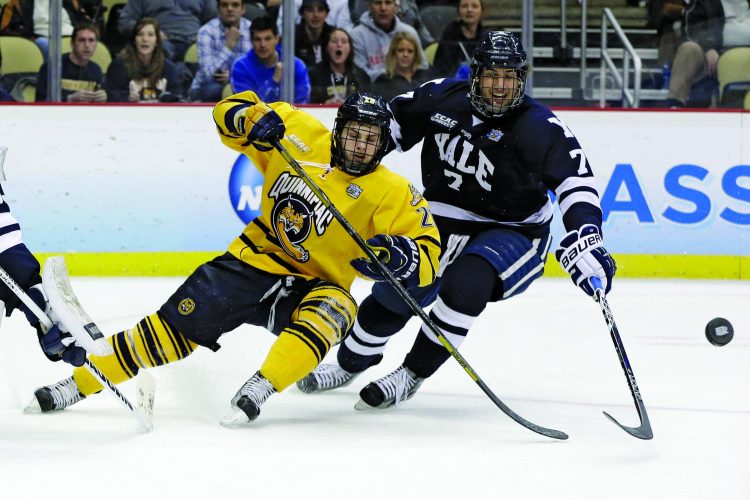 NEW ORLEANS (AP) — The New Orleans Saints are going to court to keep the public from seeing hundreds of emails ... 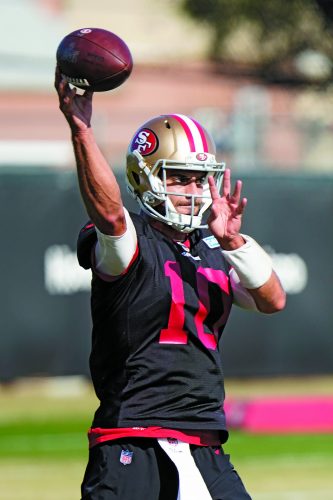 Packers GM faces challenge on getting team to take next step

GREEN BAY, Wis. (AP) — After building a team that went from six wins to 13 in the regular season, Green Bay ... 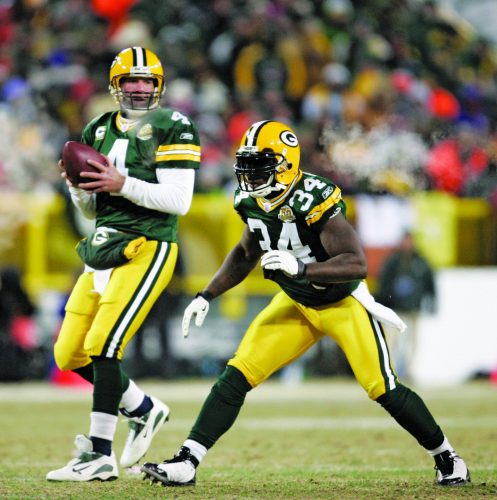 Brett Favre sees some of his own traits in Mahomes 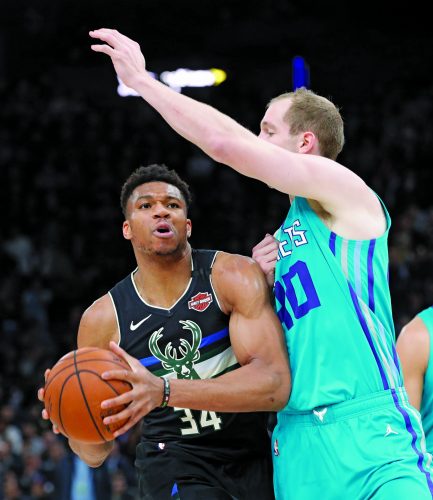