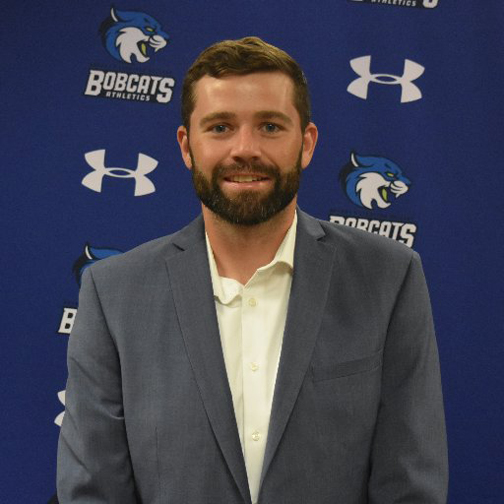 MARQUETTE — When former Northern Michigan University head men’s basketball coach Bill Sall arrived in town, he was taking over a program that was stuck in the basement of the GLIAC for years.

During his six years in charge, the Wildcats gradually climbed the standings and during Sall’s last two years, NMU made the GLIAC Tournament. And during this past season, the Wildcats swept Upper Peninsula rival Michigan Tech for the first time since the 2005-06 season.

Last month, Sall decided to become the head coach at his alma mater, Calvin College, and with Sall’s assistant coaches, Charles Belt and Terry Nash, leaving for William Woods University in Missouri, the Wildcats needed to not only hire a new coach, but a coach who could take them to the next level.

It appears Northern has found its man as it announced the hiring of Matt Majkrzak this morning. Majkrzak comes from Bryant & Stratton College in the Milwaukee suburb of Wauwatosa, Wisconsin, where he spent one season as head coach.

He led the junior college Bobcats to a 25-8 record as they finished ranked 17th in the country and No. 1 in their region. BSC also made its first-ever Division II Region IV Championship appearance in the National Junior College Athletic Association.

The Wildcats’ position was posted on May 21 and 70 people applied for the position, according to an email from NMU athletic director Forrest Karr.

In the same email, Karr praised Majkrzak’s abilities and explained what set him apart from a large applicant pool.

“Nobody on the search committee knew Matt before the process started, but almost every search committee member had him ranked first when we met last Friday morning to discuss,” Karr said. “Matt also made a great impression on the returning student-athletes and other groups and individuals during each stage of the search.

“The most helpful insights about Matt have come from the people who he has worked for directly. Every coach and administrator that I have talked with about Matt mentions his natural ability to connect with people and build relationships, his work ethic and recruiting, his attention to detail, and his ability to focus on what is important.

“Matt has a detailed understanding of NCAA bylaws and prioritizes the academic success of student-athletes. Perhaps most important, Matt articulated a clear plan for moving our program forward and explained exactly where he will recruit and how he will use resources to maximize success. He is exceptionally organized and his communication skills are outstanding. I have noticed these same qualities in other great coaches over the years.

“This is the right opportunity for Matt at the right time and I look forward to helping him be successful.”

Before coming to Bryant & Stratton, Majkrzak served as the top assistant coach at Bemidji State (Minnesota) for four years. He helped the Beavers increase their win total every year, and in his final year, Majkrzak was in charge of BSU’s defense as it improved from 13th to second in defensive field goal percentage in the Northern Sun Intercollegiate Conference.

He was the assistant coach at Chadron State (Nebraska) for two seasons as the Eagles had their second-best season in the past 18 years during his second season.

In 2011, he founded the Wisconsin Jets AAU program and coached five teams over the course of two summers. Majkrzak got his coaching start at NCAA Division I Wisconsin-Green Bay, where he was a student assistant for four years.

The Wildcats may have lost the GLIAC’s top two scorers, Naba Echols and Isaiah Johnson, to graduation, but they return All-GLIAC Defensive Teamers Sam Taylor and Myles Howard, which could fit in well with Majkrzak’s defensive reputation.

Majkrzak is inheriting a team on the rise and has a lot of talent coming back this season. His greatest challenge this year might simply be teaching people how to pronounce his last name — a Chadron men’s basketball guide from 2012 listed it phonetically as “mack-erzack.”