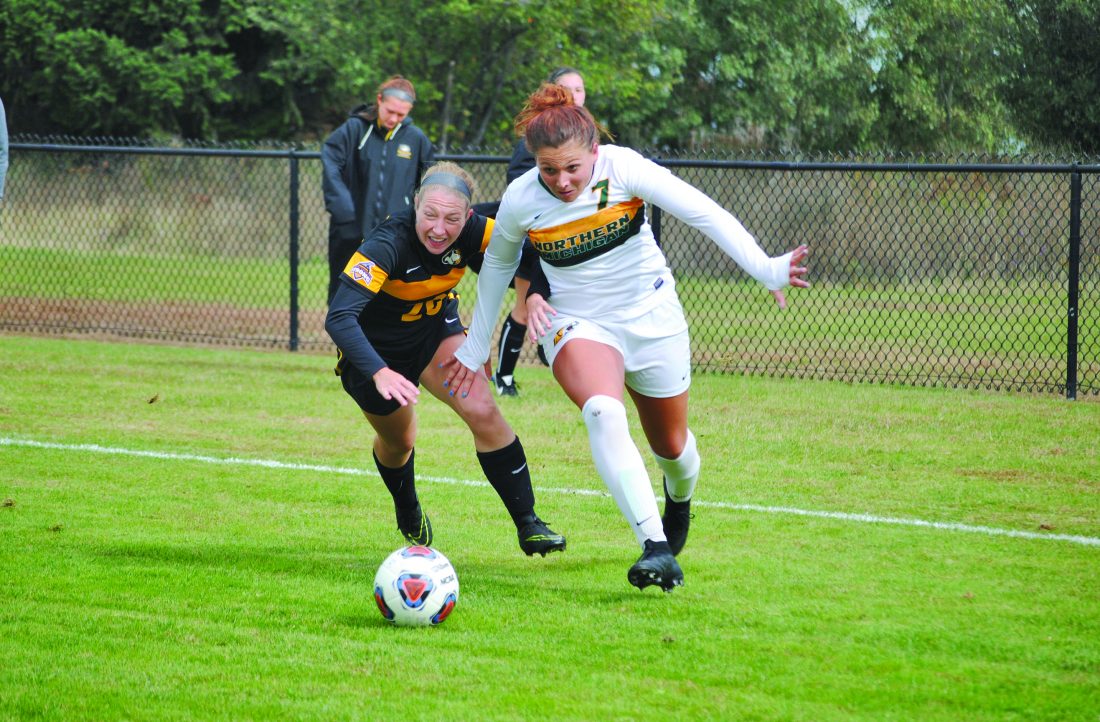 Northern Michigan University's Taelor Moore, right, moves the ball toward the Michigan Tech net as the Huskies' Rachel Wall tries to defend during their nonconference game on Sunday, Sept. 30, 2018, at the NMU Soccer Field. (Journal photo by Ryan Stieg)

MARQUETTE — Last year was a rough one for the Northern Michigan University women’s soccer team, but the Wildcats have embarked on a new journey as they recently announced this season’s schedule.

Unlike last year, NMU will open the year on the road as it will take on Minnesota Duluth on September 6 and then head to St. Cloud State Sept. 8. The Wildcats defeated the Huskies at home in last season’s opener.

Northern’s first home game will occur Sept. 13 with another Minnesota opponent, Winona State, and that will be followed by its GLIAC opener against Northwood Sept. 15.

The Wildcats’ next two games will be against the same opponent as they play at Wisconsin-Parkside Sept. 21 before hosting the Rangers on Sept. 27. NMU will then play a home game on Sept. 29 against Purdue Northwest.

Northern has two more road games, November 1 against Purdue Northwest and another match with Parkside on Nov. 3. The Wildcats then close out the regular season with a home, league scheduled but nonconference game, against Tech on Nov. 8.

In 2018, NMU finished 4-11-2 and won only one conference game. The Wildcats also ended the season on a nine-game losing streak.