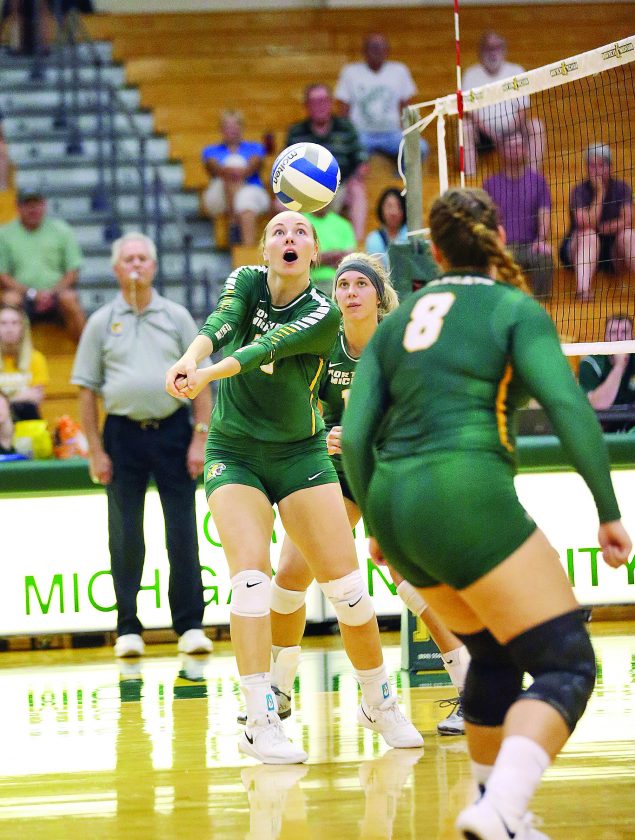 MARQUETTE — The Northern Michigan University volleyball team got an early start on next season Thursday by announcing its 2019 schedule.

The Wildcats will play seven matches at Vandament Arena, but have a tough slate as they will face six teams that made the NCAA Tournament last season.

NMU opens the year with the Keweenaw Classic Sept 5-7, hosted by Michigan Tech. The Wildcats start with the University of Mary (N.D.) Thursday, Sept. 5 and then will take on both Upper Iowa and NCAA Tourney qualifier Southwest Minnesota State Friday. They’ll close out the Classic with Minnesota Crookston Saturday.

Northern follows that up with the Indianapolis Invitational where it start s with Davenport and Minnesota State Moorhead Friday, Sept. 13 and then faces off against Saint Leo (Fla.) and Gannon (Penn.) the next day.

Saint Leo made its seventh straight trip to the NCAA Tourney last year and Gannon made it to the NCAA Regional semifinals.

The Wildcats open GLIAC play Sept. 20 at Grand Valley State, followed by a match at Davenport the 21st and another at Tech the 24th. The Huskies also qualified for the NCAA Tournament last year.

NMU plays its GLIAC home opener Sept. 27 against Lake Superior State and then a match with Saginaw Valley State the next day.

Northern heads on the road again the next weekend to Ferris State (October 4) and Northwood (Oct. 5) before coming back to Marquette to take on NCAA qualifier Ashland on the 11th and Wayne State on the 12th.

The Conference Crossover Tournament follows that from Oct. 18-19 with the participants announced later this season.

The Wildcats play on the road again from Oct. 25-26, facing Purdue Northwest Friday and Wisconsin Parkside Saturday. NMU then returns home for three straight matches, taking on Tech November 2, Northwood Nov. 8 and Ferris State Nov. 9. The ‘Cats close out the regular season with road matches at SVSU Nov. 15 and Lake State the 16th.

NMU opened last season with a 9-0 start, its best since 2010, which included a win over then-No. 1 Minnesota Duluth. The Wildcats graduate seven seniors, but have 11 coming back this year, one of them being All-GLIAC Second Teamer Sarah Kuehn.