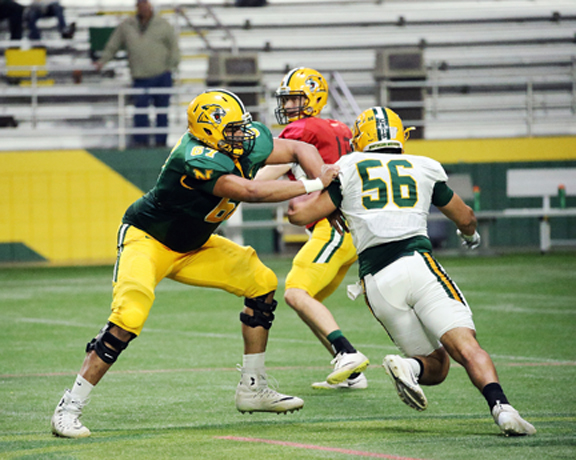 Sat., Sept. 14 — at Texas-Permian Basin, time to be announced

The Wildcats open the season with a home game against McKendree University on Sept. 7, which is the first home opener they’ve had since 2014. NMU lost a close 34-28 game to the Bearcats last year in Illinois.

Northern then heads far south on Sept. 14 to play at Texas-Permian Basin, which it defeated 27-22 at the Superior Dome last season.

After that, the Wildcats open GLIAC play with their homecoming game Sept. 21 against Davenport. NMU lost to the Panthers in overtime last year. Northern then has a tough road matchup with defending national runner-up Ferris State on Sept. 28.

On Oct. 4, the Wildcats return home to take on Wayne State. NMU scored two touchdowns in the final two minutes to defeat the Warriors last year for its lone road victory.

Northern will then try to end a nine-game skid to rival Michigan Tech on Oct. 12 in Houghton. The Wildcats lost by two points to the Wildcats last year when a 2-point conversion run came up short in the final minute.

The Wildcats close out the month with a home game against Grand Valley State on Oct. 19 with their only off week of the season on Oct. 26. Then they travel to Northwood on Nov. 2.

NMU hosts Saginaw Valley State on Nov. 9 and new offensive coordinator Dan Fodrocy will get to face his former squad. He was the Cardinals’ running backs coach the past four years and was wide receivers coach the four years before that.

Northern closes out the regular season Nov. 16 at Ashland.

All games are at 1 p.m. except for 3 p.m. at Ferris State and no time yet determined for the Texas-Permian Basin game.

The Wildcats finished 3-8 last year and set a program record for rushing yards in a season.