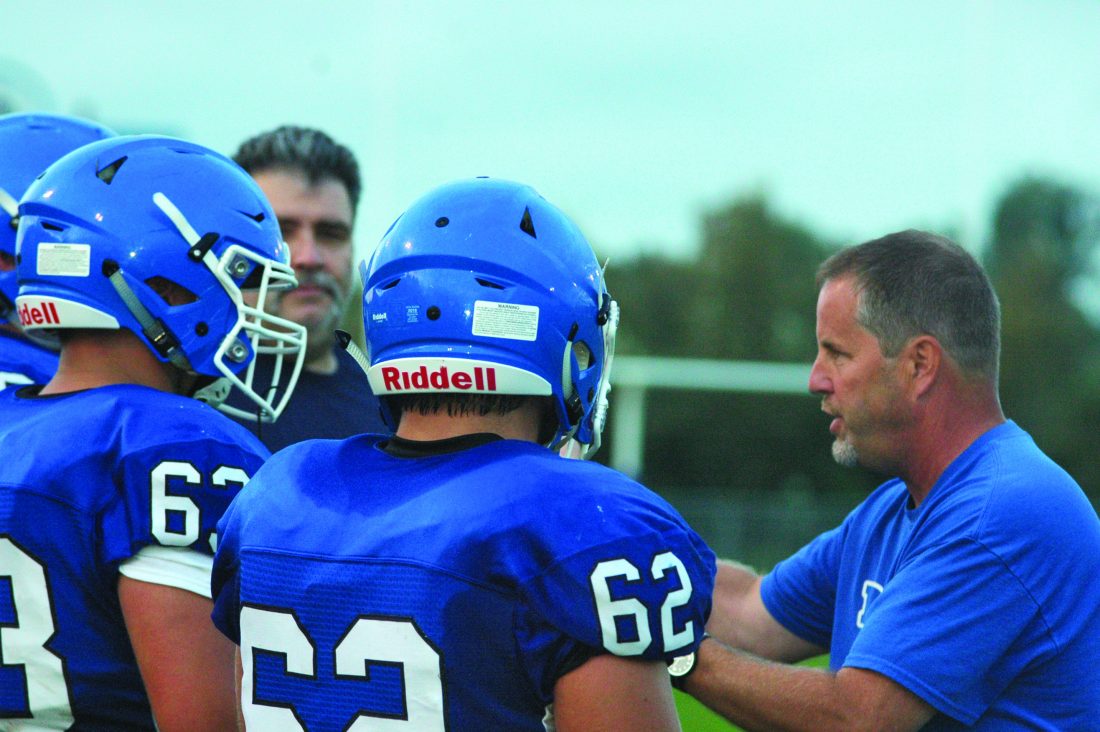 ISHPEMING – George Niemi has been promoted to head coach of the Ishpeming High School varsity football program according to a press release Thursday morning.

Niemi assumes the same position he held with the Hematites’ junior varsity squad for the previous six seasons. He’s been with the program for a total of 13 years.

“He knows the program,” Ishpeming athletic director Terry Roberts said in a phone interview. “He’s familiar with the system, knows the athletes and has coached these athletes before. It’s a good fit for the program.”

Niemi will have big shoes to fill, replacing Jeff Olson who retired in March after 27 seasons at the helm. Olson emerged as an Ishpeming legend, compiling approximately 200 wins and leading the Hematites to five MHSAA Division 7 state championship games, including a four-year run from 2012-15. The Hematites earned three state titles under Olson’s belt, coming in 2012, 2013 and 2015.

Olson also earned a wide array of other accolades, including an induction into the Michigan High School Football Coaches Association Hall of Fame in 2016.

Roberts said the styles of Olson and Niemi are very similar, and Niemi’s work ethic at the JV level will easily shift over to the varsity program.

“George is very well organized and like I said earlier, he’s familiar with entire program,” he said. “He’s done some work with the varsity program before, especially during the playoffs. He ran a similar offense and defense with the JV’s. He’ll be an extremely hard worker. He already does film studies with the JV team all the time as well as some scouting. Everything he did with JV’s will translate to varsity record.”

Niemi is well-aware of the shoes he has to fill, and will keep a lot of the same style that’s been implemented into the varsity program over the years.

“I’m excited and I’m getting ready to get to work. Jeff has been a good mentor to me and I can always fall back on him as a resource.

“Our JV program mirrors the varsity program. There are some slight differences, but for the most part, our blocking schemes at the JV level were the same at the varsity level. All the plays were the same. We’re not going to mess around with what works. We’re going to come out, run I’s, slants and different formations and see what we can get. It will be very similar.”

“As soon as the position opened, I put my name in the hat,” Niemi said. “I’ve been in the program, part of program, and had some support of a few parents and players. I went through the interview process and it simply came down to them offering me the position.”