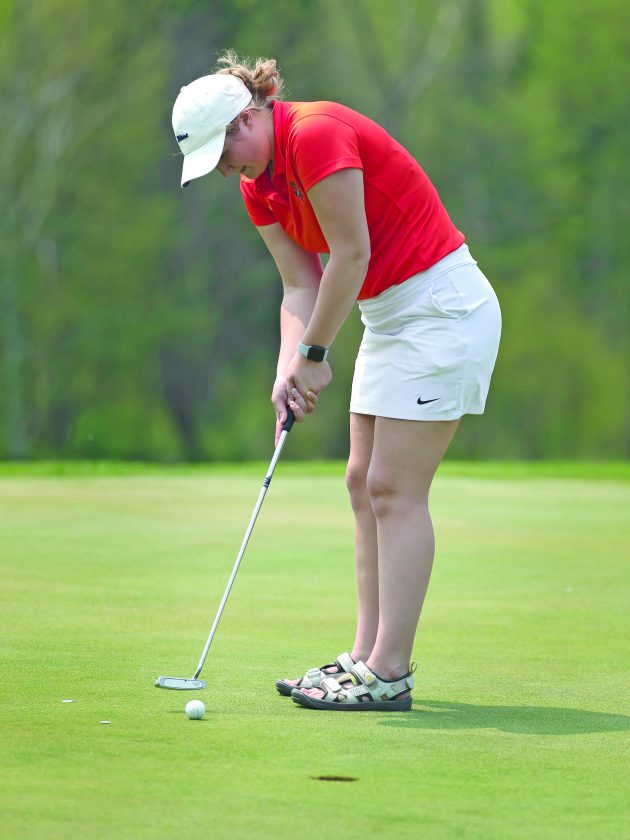 Trey Bociek led West Iron County and was the boys’ top medalist with a 74. Norway’s Drew Anderson (77) was third and teammate Jeff VanHolla (78) tied with the Wykons’ Nathan Thomson.

West Iron’s Payton Williams beat Hancock’s Kyle Maki by a stroke in a one-hole playoff on the 18th for the final medalist spot.

“Obviously No. 1, very pleased,” West Iron County head coach Mark Martini said. “No. 2, I think it’s overlooked how both teams started poorly and fought through it like a fourth-quarter football game. They fought right back and I’m kind of proud of that. That was really good.”

Sarah Premo was Forest Park’s leading golfer. She medaled at fifth place with a 104.

“They didn’t get in a lot of trouble,” Forest Park head coach Patrick Sommers said of his team. “They kept the ball in play and they played very consistent golf.”

Norway head coach Joby Sullivan said the UP Finals brings out the best in the team aspect of golf.

“I know that some of the boys thought they weren’t playing a great round of golf but holistically, that’s what great about these individual-dual sports is you may not be doing so well but the overall team, the big picture of it, can come around,” Sullivan said. “A couple West Iron kids might have triple-bogeyed a par-3 and then one of their other kids on 15 had a bad hole. That opened the door for us to make a push down the stretch. We didn’t capitalize on that, which would’ve been what we needed to do to make it close.

“It’s exciting. When there’s something that’s happening, it’s like the mile relay in a track meet where one team can end up winning it based on the results of that. Down the stretch, it was going to be close for that. It would’ve been nice to capitalize on that stretch on 13 through 18.”

“Drew came in with a 77, which was I think that’s his best round ever,” Sullivan said. “He was one under all the way through until a double-bogey on 16 for his back-nine score. Which was great. Jeff (VanHolla) came in and played well with a 78. He had a couple putts at the end to finish out. He really played some good golf. He and Drew really did a nice job.

“Evan Anderson, he gutted his way through for an 87. Trevor struggled on the last hole. Trevor is a senior, so I’ve got the other guys who are young ones.”

The course, personally designed by the late George Young, a millionaire Iron County native and avid golfer whose design for each hole on the Iron County course was derived from the favorite holes he played from different courses around the world.

“If you can play off the tee, you’re going to help yourself out,” Sullivan said. “With the big greens, it really allows for that second shot on the par-4s. The greens are rolling – they’re really nice as well.”

“A wet course from recent rains slowed the greens and made various parts of multiple fairways a mud hazard of sorts. But the sand traps were dry and fooled golfers who landed in bunkers from a wet fairway, causing some to anticipate a heavy sand impact and instead overshoot the green.

If that wasn’t enough, the woods hug most fairways. Some tee shots resulted with the echoing sound of a ball bouncing off tree branches, trunks and a heavy sigh from golfers.

The course difficulty and conditions meant Thursday was simply about limiting mistakes.

Austin Salani placed eighth for Hancock with an 85. His brother Colton tied for 12th with a 92. Brimley’s Justin Carrick and St. Ignace’s Reid Marshall also carded a 92.

While the Norway girls didn’t qualify for a team score, the Knights were led by Mary Slagle’s 121, who finished 13th.

Priya Rao led Newberry with a 125. Brylea Johnson led Bark River-Harris with a 128.