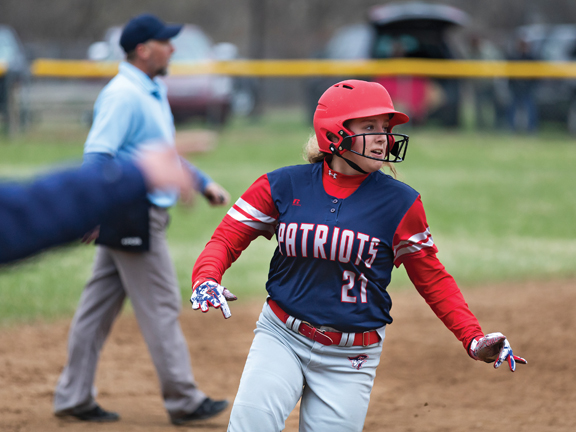 The Patriots (4-1) trailed 6-2 in the sixth inning of the opener before Iron Mountain made four errors that led to 11 runs for Westwood.

“Don’t know if it was the cold or just a plain break down in concentration,” IM head coach Dean Lefebvre said.

Westwood’s Natalie Prophet and Madelyn Koski had a bases-loaded walk and RBI single, respectively as each had RBI singles in the fifth. Jillian Koski had a two-run single in the sixth. 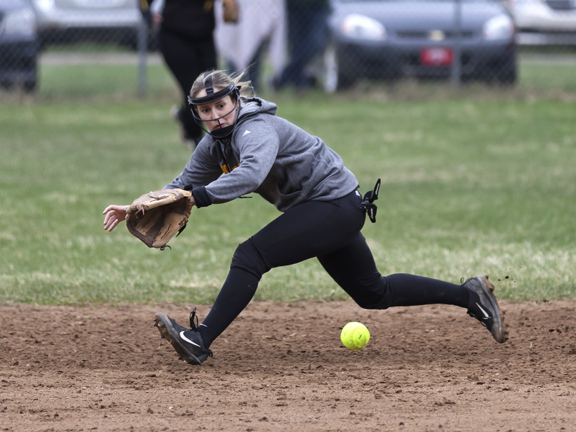 Ellie Miller hit a two-run home run to centerfield in the second inning and added an RBI double in the sixth.

“If you’re a batter and you get up eight times in a night and you have two home runs and two doubles, you’re playing a game that you’d love to write on paper before you played,” Westwood head coach Jared Koski said. “We were proud of her tonight. That’s why she’s in the position she’s in. Second game we switched things up and put her up in the fourth spot because she was cleaning them up evidently.”

Miller also hit a three-run homer to left field in the second inning of the nightcap. The home run made it 8-0 for the Patriots.

For the Mountaineers (4-4), it was a deflating day defined by the first-game collapse. Iron Mountain managed just four hits for the final six innings of the day including the second game.

“They came out at their home field and they were excited and ready to play. They made a lot of great defensive plays,” Koski said of Iron Mountain. “They were swinging their bats. They were finding some holes on us. You gotta give them all the credit in the world because they were doing all the things they wanted to do.

“Once we got over that hump and had that big run through the order and I said ‘Good to see you again’ to girls batting their second time, you could see their balloon deflate.

“If you’re going to make a comeback, that was the way to do it. You could see how it affected them. It looked like the air was out of their sail and we just kept pushing it.”

Iron Mountain’s showing early in the first game looked promising. The Mountaineers strung together a five-run third. Westwood made two errors with two outs to prolong the inning. Brionna Tomasoski hit an RBI single. Paige LaPoint led off the inning with a triple.

Mackenzie Swanson had an RBI single in the fifth.

Westwood churned the starting lineup for the second game to rotate through its 17-player roster. The Patriots’ productive offense maintained.

“It is hard because you try to put all the kids in a spot where they can be successful,” Koski said. “You have some girls here that have only played slowpitch leagues and they play high school and that’s a complete different look.

“The weather hasn’t been great and we haven’t had a lot of reps. We put those girls and they didn’t do anything different. They hit the ball through the infield, got some hits and ran the bases.”

Allie Radcliffe pitched for Westwood and surrendered three runs (one earned) on three hits with a walk and four strikeouts.

Raija Stille scored four times for Westwood in the second game. She reached base on two hit-by-pitches, a walk and a single.