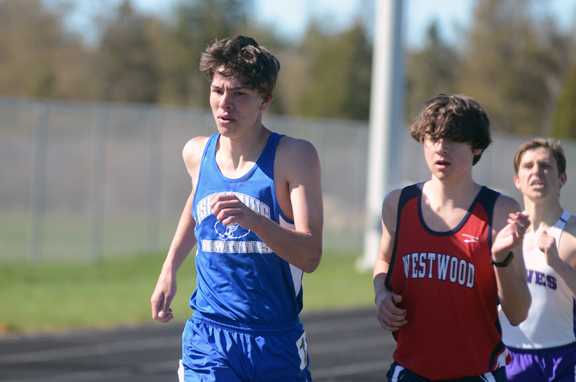 “The wind (is) challenging, but I was thinking everybody has to run with it.” — Chloe Norman, junior, Negaunee girls track

Marquette pitcher Jake Allard-Soucey, left, throws to first baseman Eyn Nye, right, in a pickoff attempt of Escanaba’s Tyler Lawson during the first inning of the second game of a high school baseball doubleheader against Escanaba on Monday, May 20, 2019, in Marquette. (Journal photo by Ryan Stieg)

ISHPEMING — Track and field success is often determined by how strong you finish.

The Gladstone boys followed that formula here Monday as they rallied past Westwood for their first Mid-Peninsula Conference title. 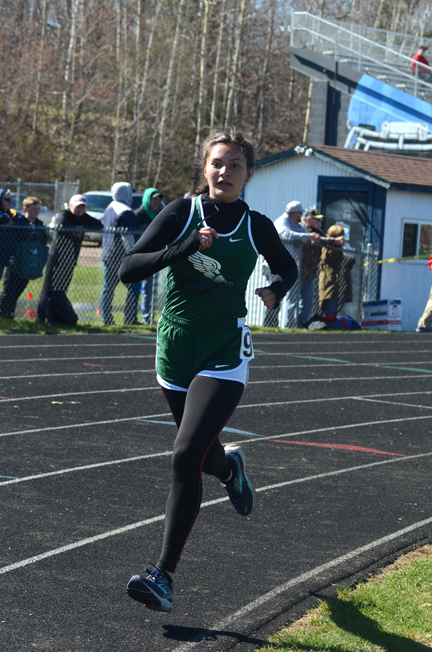 Westwood led by 10 points with three events remaining on this sunny and windy afternoon at the Ishpeming playgrounds.

“Going 2-3-6 in high jump also helped. It was a hard day to jump with the wind being the way it was. Although the guys were jumping with the wind on their back, if they touched the bar at all, it was coming down.”

The Negaunee girls were crowned champions for the 10th straight time with 129 1/2 points, followed by Westwood with 96 and Manistique and Gladstone tied with 76.

“I’m very proud of the performance by our girls,” Negaunee coach Vickie Paupore said. “We have a very deep team. We’re starting to see our freshmen come along.”

“I basically hadn’t been good at that, but got it done today,” said Thibault. “The wind was a real challenge on the back stretch for everyone, then it kind of evened out with the wind.”

Beckman took the 100 (11.38) and helped the Patriots sweep the sprint relays.

“Calvin created a lot of points for us,” Whitmer said. “I think this gives us some momentum going into the (Great Northern Conference) meet (Thursday at Menominee). I believe this will give the guys some confidence and motivation.”

“My dad (Shawn) is an excellent coach,” Andersen said. “I’m just learning more from him. I’m getting more speed in the circle. My throwing technique is still the same. It’s just a matter of fine-tuning everything.”

“The wind (is) challenging, but I was thinking everybody has to run with it,” Norman said. “The wind was on our back for the long jump and the 100 hurdles. That was nice for sure. At first, I was a little worried about running into the wind, but our team is real good about encouraging each other.”

The Miners ran without junior distance ace Emily Paupore due to shin issues.

Manistique senior Ashley McDonald retained her long jump title (8-6), edging Westwood’s Katelyn Anttila in a jump-off. She also helped the Emeralds take the 1,600 and 3,200 relays and was runner-up in high jump on a tiebreaker.

“I was literally dead (tired) after running in the 1,600 relay,” said McDonald, who plans to run track and cross country at St. Norbert College. “We both cleared 8-3 in the jump-off, then we jumped at 8-6 for the third time.”