Redettes too fast for Kingsford strikers 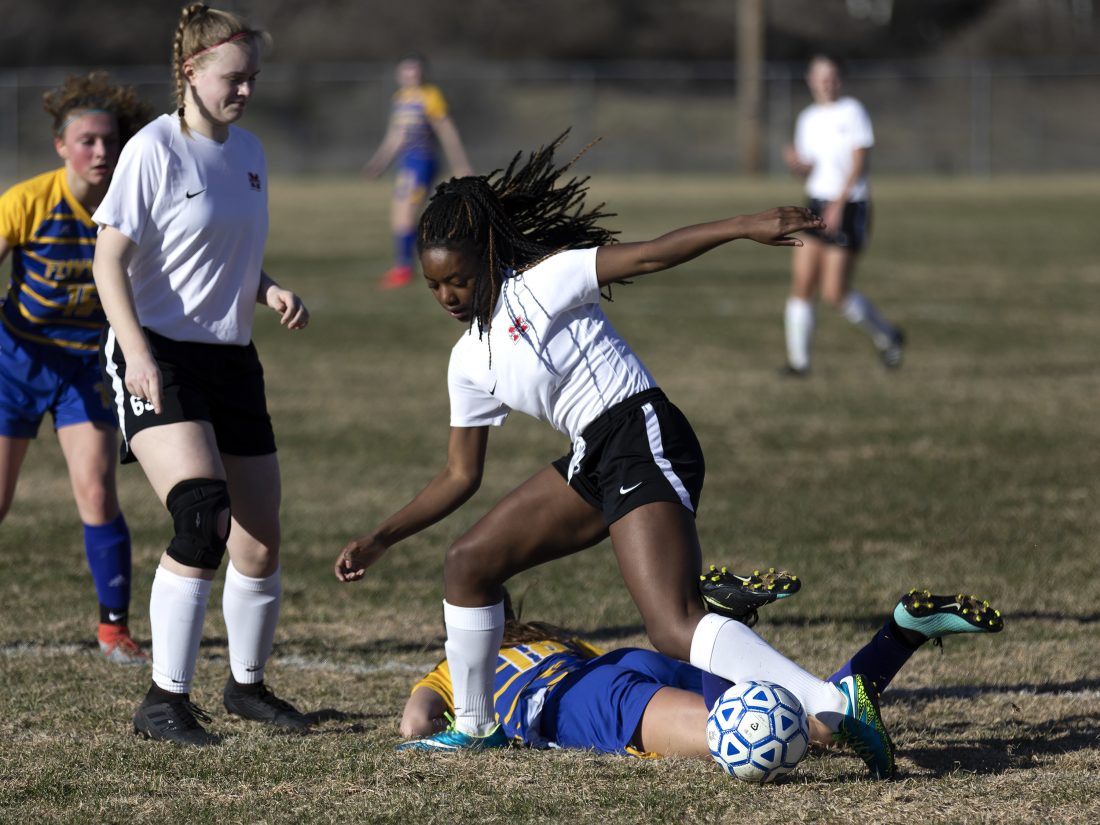 KINGSFORD — Marquette’s speed was too much for Kingsford in a 3-1 loss for the Flivvers Tuesday.

Kingsford (0-1) had scoring chances and a goal in the first half by Bailey Johnson. But the offensive momentum in the game was mostly created by Marquette, who employed a new formation against the Flivvers.

“I normally do a 4-4-2. I just changed it to a 3-5-2 so we have more people in the middle,” Marquette head coach Anna Bauers said. “It’s really similar to a 4-4-2 it’s just different names in the center. You want your center to be dominant in the middle. That’s been like the main focus is making sure they’re understanding their roles.”

The result of the formation change was dominant ball control through the middle of the field. Kingsford’s offense recognized Marquette’s presence and navigated the ball up the field mostly along the wings.

But with it being Marquette’s fourth game and just Iron Mountain’s first, there was bound to be some differences in game condition. Marquette’s legs stayed fresher longer, though Kingsford handled the ball with more confidence as the game progressed, head coach Jon Lorenzoni said.

“It’s a start. It was kind of like what I expected. We came out and I thought we were a little shell-shocked at the start,” he said. “As the game went on I thought we gained more confidence and played with them a little better. We started trusting each other a little more as the game went on. That’s a good team. They don’t allow for a lot of errors. Make a mistake against them and they’re going to capitalize. They’re fast at every position. It’s a hard game to start out with. I thought we competed for 80 minutes. We have stuff to work on.”

Marquette scored five minutes into the game on a goal by Averie Kelly. Paige Britton scored Marquette’s other two goals.

Marquette’s presence through the middle of the field led to runs by defenders bringing the ball up through open lanes. While the runs didn’t lead to prime scoring chances, it kept Kingsford on its heels.

“Especially with this team I told them you guys are all fast enough to dribble past certain players,” Bauers said. “If they have the opportunity I encourage them to use their speed and skills to get past players and move up the field. During the second half I told them to take them on. They have that skill.”

Johnson’s goal came off a free kick by Abbygale Richer 10 minutes into the game and five minutes after Marquette’s. The kick hit the crossbar and bounced up and Johnson hit the ball into the back of the net to tie the game at 1-all.