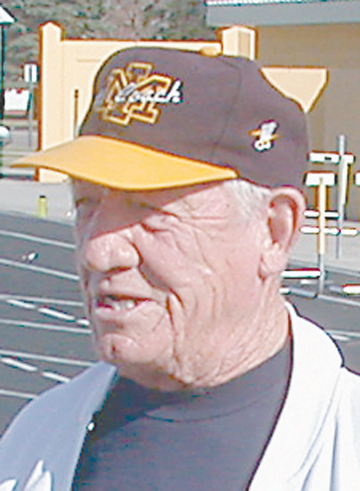 IRON MOUNTAIN — Rex Terwilliger, who molded championship teams in both Iron Mountain and Kingsford, died Sunday at the University of Wisconsin Hospital in Madison. He was 83.

Coach of football’s Flivvers from 1966 to 1978, he guided Kingsford to a share of the 1969 Great Northern Conference title and the 1977 Barber Trophy for fielding the best Class A-B team in the Upper Peninsula.

Terwilliger’s 2004 Iron Mountain girls track team won the U.P. Division 2 championship. He wrapped up a 52-year track career at five schools with the Mountaineers in 2011.

“My 21 years at Iron Mountain stand out as a highlight of my coaching career,” Terwilliger said in his letter of resignation. “I have thoroughly enjoyed working with the girls track program. The students have been enthusiastic and hard working, and the parents and administration have been very supportive and cooperative.”

Iron Mountain Public Schools Superintendent Denny Chartier said in a letter to the Iron Mountain Daily News in 2011 that Terwilliger taught his student-athletes “self-discipline, motivation, determination, responsibility and fairness. He instilled a hard work ethic coupled with a drive to compete while always maintaining respect for the opponent.”

One of his favorite expressions was “It’s not how you drive, but how you arrive.”

“That motivated each and every one of his athletes to put in the hard work necessary in order to finish with a feeling of pride,” Chartier said.

Terwilliger led NMU football in rushing and scoring in 1957. He was the football and track team MVP.

Arrangements are incomplete and will be announced by the Erickson-Rochon & Nash Funeral Home of Iron Mountain.