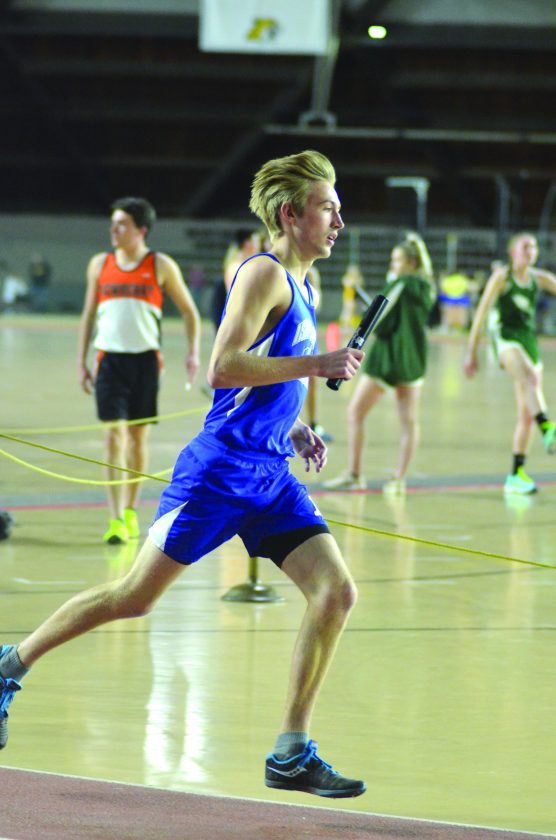 Ishpeming won the boys team title for the fifth consecutive season with 139 points, backed by three event wins from Jonah Broberg. It was also Ishpeming’s third win in three meets this season. St. Ignace won the girls title with 78 points.

IHS head coach P.J. Pruett said his team was forced to adjust after losing sprinter Hunter Smith to an injury, who won the 55-meter dash early in the day with a time of 6.87 seconds.

“The boys did really good, but we had to change things because it looks like I lost Hunter Smith for the year,” he said. “He’s one of the fastest kids in the U.P. We changed things around and it worked pretty good.”

Pruett, who also heads the Ishpeming cross country teams, talked about the success that carried over from the course to the track after the boys claimed the Upper Peninsula Division 2 cross country title back in the fall.

“My cross country kids work hard, but I’ve got special sprinters for track who I’ve had for three or four years,” he said. “Guys like Matt Trawick, who did an exceptional job as well as Gavin Sundberg. Those guys are just as tight as the cross country kids and the football players are also really tight. That’s what makes us a good team.”

On the girls side, Ishpeming received three victories. One came in the 800 relay with a time of 2:01.13, another from Madisyn Mead in the 55-meter hurdles, who clocked in at 10 seconds on the dot. Kayla Koski also won the long jump event with a leap of 15-1.

St. Ignace and Hancock each set the tone for the girls field though with the Saints claiming four events. The 1,600 relay was won by St. Ignace with a time of 4:43.65, while also earning individual victories in the 1,600 run, 200 dash and the high jump.

Hancock received just one victory which came in the 3200 relay, but also had seven athletes on the podium across 14 events.

Another Marquette County team that also showed signs of strength was Gwinn. The Modeltowners were particularly impressive on the girls side, with Emily Curtice and Marissa Delmont both earning wins. Curtice won the 55 dash with a time of 7.75, while Delmont earned the shot put victory with a mark of 33-7. Curtice also finished third in the 200 dash.

David Duvall also won the boys 55 hurdles for the Modeltowners with a time of 8.90.

Gwinn head coach Justin Ellman said he was pleased with his teams in their first meet of the season.

“We should be doing pretty well this year. We couldn’t get outside too much, but I’m pleased with how we’ve been so far.”

The Dome meets wrap up today with the Division 3 meet beginning at 1 p.m.