Continuing to rise in the GLIAC

NMU men’s swimming and diving has a successful season 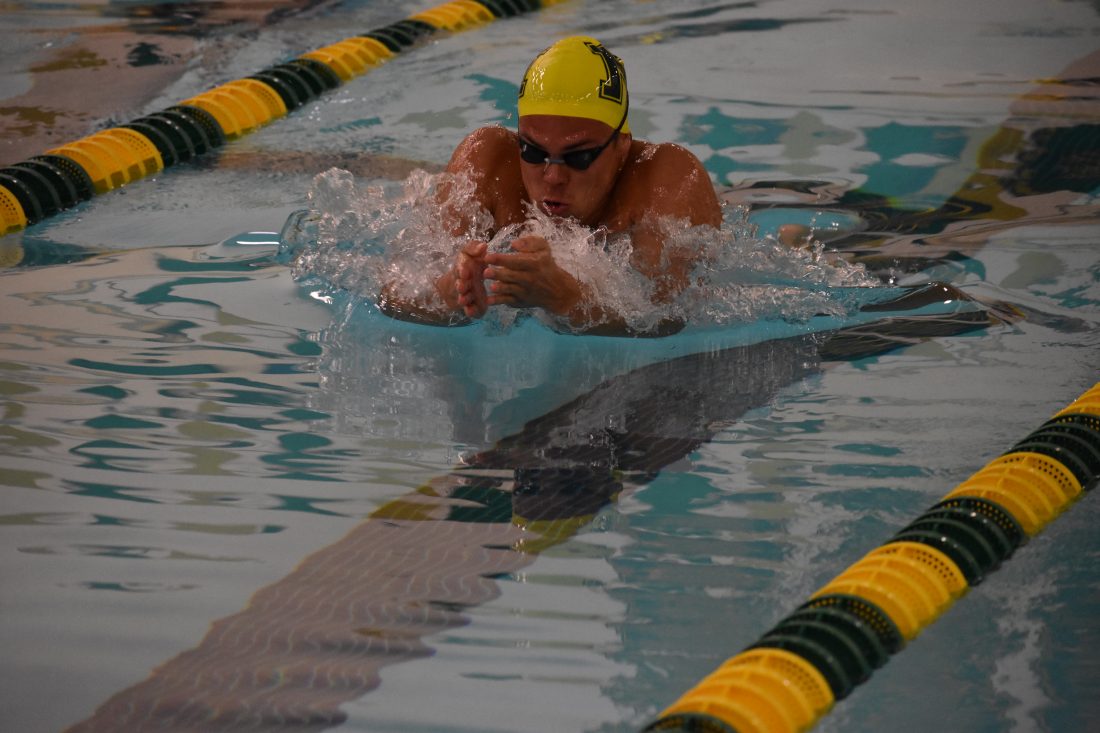 MARQUETTE — The Northern Michigan University men’s swimming team has only been around for four years, but its trend toward the top of the GLIAC continued this season.

The Wildcats went undefeated in their dual meets and won the Calvin College Invitational for the first time.

If that wasn’t enough, this year’s team broke a pool record and four team records.

The pool record fell to Arnoldo Herrera in the 200-yard breaststroke (2:03.91) at the Intrasquad and Skins Meet.

Lajos Budai led the Wildcats at the GLIAC Championships, winning the 100 and 200 freestyles and was part on the winning 800 free relay with Jonas Reinhold, Jon Busse and Grantas Dapkus. NMU has won the event four years in a row.

Other strong performances at the GLIACs were Ryan Leonard winning the 200 individual medley for the fourth straight year and Renars Bundzis taking second in the 200 backstroke. Leonard finished fourth in the event. NMU took third in both the 200 medley and 200 free relays at the meet.

The Wildcats also earned two honorary All-American relay awards in the 200 medley relay (Bundzis, Herrera, Budai and Leonard) and 800 free relays (Reinhold, Busse, Leonard and Budai). The 200 medley relay also set a new team record in the preliminaries and then broke it again in the finals.

This is the first Wildcats senior class since the program was restarted and NMU will lose 13 members (12 swimmers and one diver) of its squad to graduation. However, Budai, Busse and Reinhold will all be back and their experience could help the Wildcats continue their string of success in the 2019-20 season.