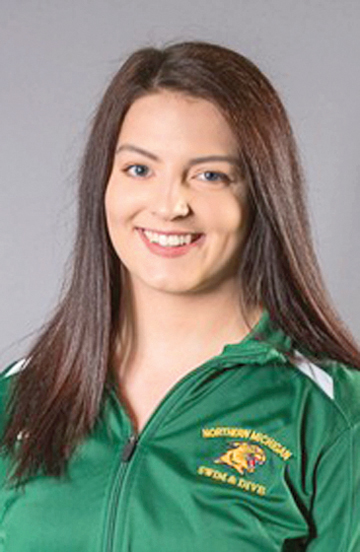 INDIANAPOLIS — The Northern Michigan University women’s team is in 16th place and the men’s in 19th place after Thursday’s second day of the NCAA Division II Championships in swimming and diving. The meet runs through Saturday.

The Wildcats’ top finish came Wednesday when junior Rachel Helm, a two-time national champion in backstroke events, finished fifth in the women’s 200-yard individual medley in 2:01.07. She was also fifth in qualifying with 2:01.19 as she earned All-American honors.

On Thursday, Helm was 16th in the 100 butterfly in 55.73 seconds and was on the 12th-place 200 freestyle relay in 1:34.26. Joining her were sophomore Margaret Vaitkus, senior Regan Kilburn and sophomore Lena Soulas. Helm earned honorary All-American status in the 100 fly. 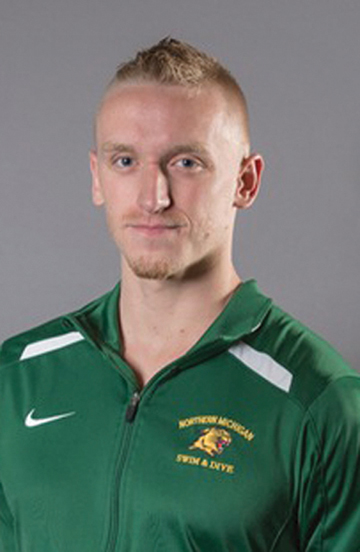 On Wednesday, the 200 medley relay broke a school record in the prelims in 1:42.84, breaking their own record by nearly 3 1/2 seconds, and finished 14th for honorary All-American status. The quartet consisted of Kilburn, Helm, Irelan and Vaitkus.

On Wednesday, Budai was 15th in the 50 free in 20.23 to be named an honorary All-American, while the 200 medley relay team set a school record by several hundredths of a second in 1:28.87 to place 13th and also be named honorary All-Americans. That group consisted of Leonard, Budai and seniors Renars Bundzis and Arnoldo Herrera.