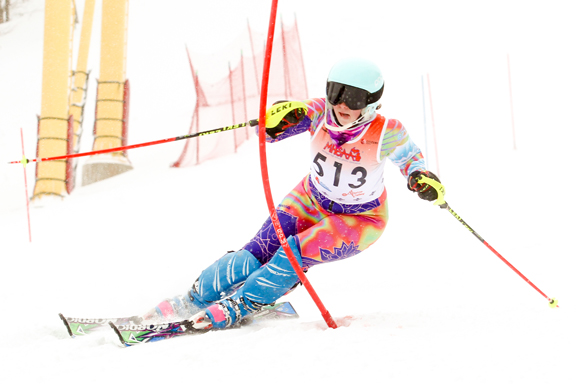 BELLAIRE — The Marquette girls team found themselves in an unfamiliar position on Monday at the MHSAA Division 1 skiing state finals at Schuss Mountain.

The Redettes waited in the lodge during a break between the first and second runs in the giant slalom, sitting in third place with plenty weighing on their minds.

Third-year Marquette head coach Dan Menze knew his girls needed a little boost, and who better than their parents to lift them up.

After a little pep talk, the Redettes shaved some seconds off their second-run times to pull out their fourth straight D-1 state title over Traverse City Central by just four points.

“It came down to the very last run and I told the girls that they had to lay it all out,” Menze said. “There was nothing else to do except go for it and they did. 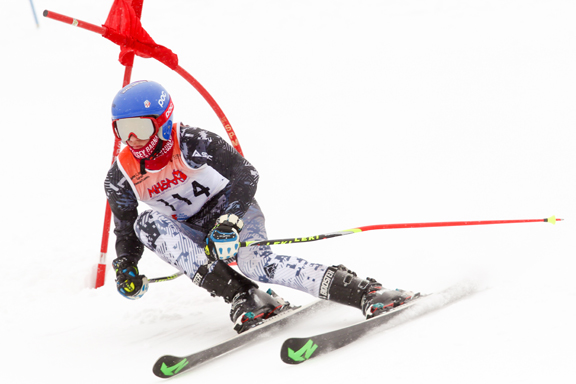 “They ended up moving up from where they were after the first run of GS and we were able to squeak by; it was awesome.”

Marquette needed several great runs to seal the deal as a skier from the other Traverse City team, TC West’s Hannah Schramski, edged out Marquette’s Jacey Johnson by 0.22 of a second for first place in the GS. MSHS’ Ainsley Kirk fell to fourth behind Okemos’ Sarra Guggemos.

Marquette finished with 51 points while the TC Central had 55, the closest race these two teams have had in some time. TC West took home third with 87 points.

“I am thrilled with how they have done,” TCC coach Amy Kudary said. “We may not be happy with the result, but I will remember what we did today and that will forever make me happy. It was closer than Marquette wanted and closer than we wanted, but that is the name of the game and that is what makes this so fun.”

This year’s outcome was in question until the official results were announced and Marquette felt the squeeze.

“I know TC (Central) was missing one of their top girls at the regionals so I knew coming into today it was going to be really close,” Menze said of the girls meet. “I don’t know if I thought it was going to be as close as it was. They skied phenomenal, they had pretty much all six of their skiers in the top 15, that is incredible.”

Marquette’s girls team was led by a state-title winning slalom performance by Ainsley Kirk (1:03.69) and a runner-up finish by teammate Jacey Johnson (1:03.94).

Another all-state finisher in the slalom from Marquette was Natalie Robinia (9th, 1:07.89).

All eight of the Trojans’ girls scorers in the state finals finished inside the top 15.

The Marquette boys team continues to dominate Division 1 as they extended their state title streak to seven. The TC West Titans grabbed second place with 92 points to the Redmen’s 65. Brighton took home third with 111.

The outcome was really never in doubt for the boys team, but that doesn’t mean the Redmen didn’t feel the pressure.

“There is definitely pressure,” Menze said. “It helps because we have been here before as far as the experience coming into it. Most of the teams that are racing here have some experience, but we have a lot of kids here with experience at this race before.”

Marquette used that experience to place five all-state finishers and an individual state title in the GS by Hayden Kauppila (47.25 seconds).

Aaron Grzelak was the runner-up in GS with in 47.54 with Truman Durand earning all-state honors, placing 10th in 50.07.

“I was a little worried coming into it but after GS I knew we had it in the bag,” Jones said. “It’s kind of bittersweet being a senior.”

This senior class has won a state title each of their four years at Marquette, a rare accomplishment in any sport.

“This year, for them, was a learning experience and they did a phenomenal job,” Titans assistant coach Libby Shulter said. “The years ahead for TC West skiing are going to great and really fun to watch — and fun to coach.”

Jake Atnip is a sports writer for the Traverse City Record-Eagle.