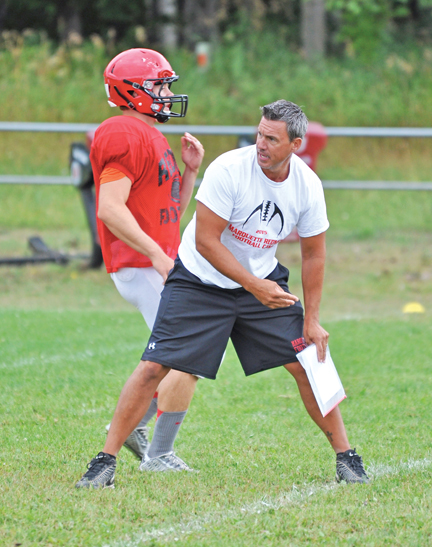 “It was Dave’s decision and he felt it was time to step away from coaching,” Tiseo said. “It was a personal decision and one that he made on his own.

“MSHS is lucky and fortunate to have had Dave L’Huillier as our varsity football head coach, who had a long and improving track record and saw a lot of success. He helped bring multiple conference championships and playoff appearances and provided a fun, exciting and positive football experience for MSHS students and fans.” 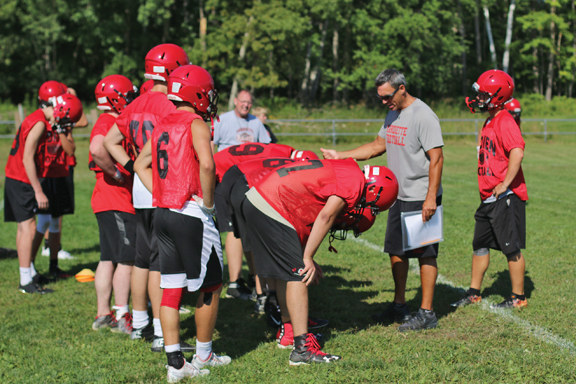 Tiseo said a search will be conducted for L’Huillier’s replacement in the coming weeks. All applicants as well as current assistant coaches will be considered.

“We’ll for sure take a look at our current assistants, but it will be an open search which will include all interested candidates,” Tiseo said. “We’re looking for someone with the right fit for our athletics department, and can provide a fun and positive long-term football experience for our students and fans.”

In his first season as head coach in 2010, L’Huillier guided the team to an 8-3 record, its first winning season and playoff appearance since 2001, and also earned its first playoff victory in program history, going on the road to defeat Bay City John Glenn 63-22.

Despite falling at home the following week to Cadillac in the district championship game 28-0, the Redmen returned with more success in the 2011 season, going 7-3 and claiming its first GNC championship since 1976 before falling in the playoffs 45-21 to Fenton.

MSHS had three more winning seasons in 2012, 2013 and 2014, making the playoffs each of those seasons but failing to win in the first round.

Despite the record over those seasons, the Redmen claimed a share of the GNC title in 2018 with Escanaba, both going 3-1 in the league.

Football isn’t the only coaching vacancy at MSHS. The school is also seeking a varsity baseball head coach.

Tiseo said the same process will be conducted for the baseball vacancy, and both positions will be announced when those processes are completed.