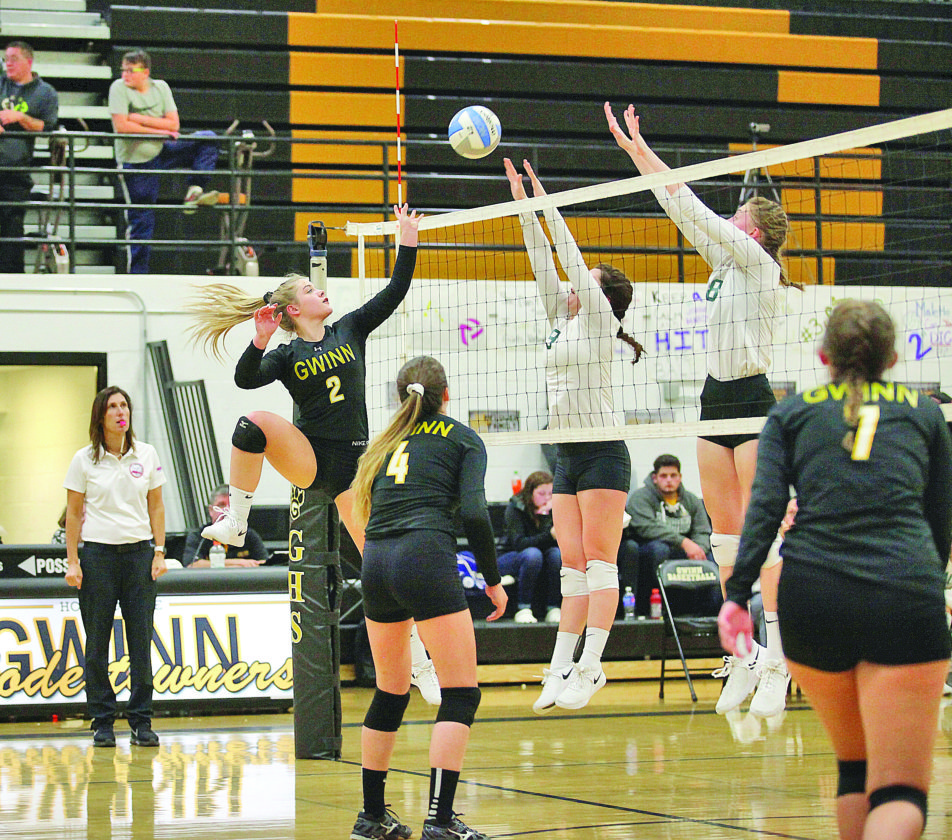 Modeltowners head coach Toni Roberts said the close match came down to experience in the end.

“We had a lot of good things happening (tonight),” she said. “We recently changed up some rotations and positions trying to find the best rotation for our team. Overall we outscored Manistique by two points. Last time we played them, they won the night by six points.

“When matches are that close, it’s anyone’s game. They were just able to finish tonight when we couldn’t.

“Athlete to athlete, between us and Manistique, we match up well. They just have a bit more experience as a team than we do.”

“Emily was our biggest leader on defense,” she said. “She picked up a lot of really tough balls and is playing in a new position. I was really impressed (with) what she did on defense for us.”

“Brooke knows how to finish plays aggressively (and) attack the ball,” the coach said.

Gwinn travels to the West PAC tournament on Saturday.