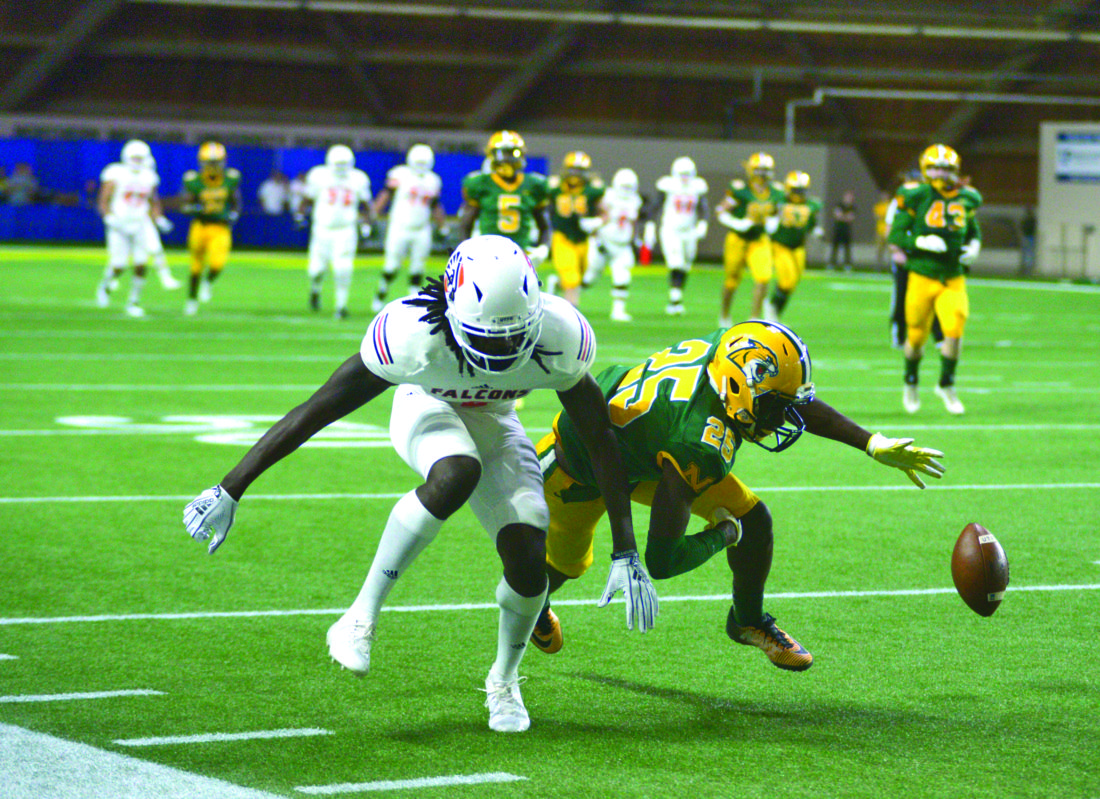 MARQUETTE — The last two Saturdays haven’t been easy for the Northern Michigan University football team at the Superior Dome as the Wildcats have had to battle national powerhouses Grand Valley State and Ferris State.

NMU couldn’t pull off a gigantic upset against either of those top-10 nationally ranked teams, but things may have started moving in the right direction as the Wildcats looked much more competitive against Ferris last Saturday compared to the week before against Grand Valley.

But even with their toughest opponents in the rearview mirror, things aren’t going to be much easier this weekend as Northern goes on the road to take on yet another undefeated GLIAC team in 4-0 Davenport.

NMU’s lone victory of 2017 came against the Panthers, when they went 1-10, but based on their record so far this fall, it’s clear Davenport is a much improved.

“I think they’re playing a lot better on defense than they did last year,” NMU head coach Kyle Nystrom said. “They’re running a version of a 4-2-5 and I should be able to give (Northern’s offense) that look because that’s our base package.

“Their personnel is better than what it was last year and their execution tempo on offense is better.

The Panthers lead the nation in total defense, giving up just 177 yards per game. They held Michigan Tech to only 28 rushing yards in the Panthers’ 23-21 victory on Sept. 15. This could pose a problem for an NMU offense that has been lacking the last two weeks.

Looking back at last weekend’s loss to Ferris, Nystrom said it came down to missed chances and getting beat defensively on long pass plays, which was a big problem against GVSU as well.

“Offensively, we had some opportunities in the first half where we got down into the red zone and (didn’t) get anything to make it a real football game,” he said. “Then we had that turnover on that punt, we get hit with a low ball and we got off the field and turned it over there.

“We didn’t take advantage of opportunities that were afforded to us and they beat us with the deep ball. That continues to be a problem for us.

“The coverage wasn’t really that bad. It’s just that (Ferris’) Sy (Barnett) is a really good player and he’s a redshirt freshman. (Bulldogs quarterback) Jayru (Campbell) threw the ball right on the money and that’s football.”

Coaches may dismiss the idea of moral victories with good reason, due to their high pay and job security so dependent on the actual victories.

Yet the Wildcats can still take solace because they did play much better last week than against the Lakers. And playing those two strong programs early in the schedule can improve their quality of play for the remainder of the season.

“We just took on the two big boys in the league and we’re still standing,” Nystrom said. “So hopefully when you play people that are that good, and that fast, and can execute at that kind of level as far as tempo of the game, you get better.

“It’s like playing sports when you’re smaller with your big brother and his buddies. You’ll get better because that’s the world that you live in.

Kickoff against the Panthers is set for noon Saturday. Northern returns home the following week to play Northwood at 1 p.m. on Saturday, Oct. 6, in the Superior Dome.