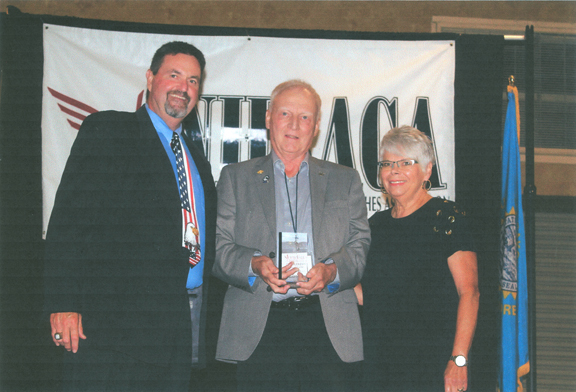 “When I started coaching … my idea was just to bring them along the best that I could to make them be successful.” — Dale Phillips, 2018 inductee, National High School Athletic Coaches Association Hall of Fame

MARQUETTE — Dale Phillips is a cross country running icon, not only in Marquette, but across the whole Upper Peninsula.

It’s not hard to see why.

The longtime Marquette Senior High School head cross country coach racked up 29 MHSAA U.P. girls titles, including 13 in a row from 1980-93 and seven straight from 2000-07. 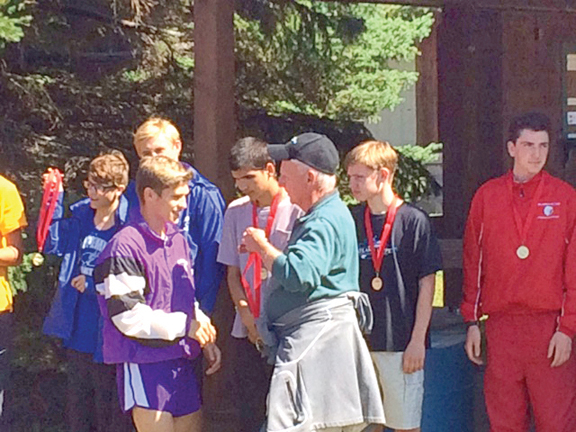 If that wasn’t a strong enough resume, he brought home 19 U.P. boys titles with his longest streak being six from 1985-90.

During his stretch with Marquette, Phillips also had more than 20 individual champions under his watch and was named U.P. Coach of the Year 10 times.

Now, he’s received probably the biggest honor of his illustrious career by earning a spot in the National High School Athletic Coaches Association Hall of Fame.

During a high school cross country meet named after him, the Dale Phillips Invitational held Thursday afternoon at Presque Isle Park in Marquette, Phillips said the ceremony this summer was a great experience and he was in awe of all the distinguished coaches that were around him.

“It’s a tremendous honor,” he said. “When I started coaching, and I’ve coached this long because I enjoy working with young men and young women in the area, my idea was just to bring them along the best that I could to make them be successful in running.

“To achieve this award, I said to myself ‘Wow, an Upper Peninsula coach representing the state of Michigan?’ When there’s so many coaches and so many sports, this is indeed an honor. So it was a great pleasure to go out to Sioux Falls and be a part of the ceremony for induction.

“I had my wife with me and I sat with the Michigan delegation. I looked at the number of coaches from many states receiving the award and I said ‘This is quite a tribute to the many years I put into coaching.’

“Even though I’m not looking for these types of awards, it’s just a pleasure to be out here amongst all these talented coaches and to be included in the same induction class as they are.”

The interesting thing about Phillips’ story is that he wasn’t really planning on becoming a coach in the first place.

“When I signed on at Marquette, I had no intention of really getting into coaching, but when I signed the contract, they said ‘By the way, you’re going to be a JV football coach,'” he said. “That started it. So then that led to girls track, where I was at Westwood for four years, and then to Marquette for cross country and track.

“I had the girls until 2000 and then I took some time off from track and I went back and started coaching with the boys around 2007 and spent 10 years with the boys.

“Now I’ve got a granddaughter running for Ishpeming so I’ve volunteered some time helping Ishpeming out. I’m making a big circle (between Westwood, Marquette and Ishpeming) but I enjoy working with young men and young women no matter what school.”

Phillips established an impressive dynasty with the Redettes and Redmen that still carries on. When asked what it took to build that, he said it only took a little bit of time thanks to his ability to entice future athletes and getting them to come together as a team.

“Once you establish a tradition, and it didn’t take too long when I started in 1977,” he said. “The boys caught on right away and then I went to the middle school and I started recruiting kids, trying to talk to them after seeing them run track and I started up a little middle school run.

“There was no junior high or middle school cross country, but I would tell the school that I’d meet with them and tell them if you start getting them into shape, I’ll bring my team over and we’ll run a little race for you near the end of track season.

“That started things and we started getting numbers into the program and built the program up with boys and the girls.

“Then all of sudden, we started getting these excellent runners. With the girls teams, I had two that went to the U.P.’s and finished with perfect scores of 15 (points). We went 1 through 5 (first through fifth) and 8 through 10 one year and 1 through 5 and 7-8 another year.

“That just shows the interest that kids had and the thing was that we got them to work together as a team.”

Even though he basically built the cross country and track programs into what they are today, Phillips shrugs off credit and gives it to the runners and his fellow coaches.

“If you ask me, my runners listened and they learned well and I had great assistant coaches,” he said. “From that point, you can say that they were the ones that determined the results. I was there to guide the program and give them technique and whatever I could to make them better.”

Current Marquette cross country coach Kyle Detmers talked about what Phillips means to the program and how he helped him out when he took it over.

“Dale has been coaching at Marquette since the late ’60s, so do the math,” said Detmers, who is also head coach of the MSHS boys track team. “That’s a long time.

“He’s a good friend and I’m just thankful for all the good that he’s done here coaching over the years, because he really laid a foundation at Marquette that we’re just continuing to build on.”

Phillips may have laid a solid foundation at Marquette, but there are other U.P. programs as well as the rest of the state that don’t have that kind of base.

When asked if he’d ever consider taking over a team as a head coach again, he said he’d decline that, adding that he satisfies his need to coach just by volunteering his time.

“After retiring and the paperwork and being in my mid-70s, I would say I’m enjoying what I’m doing right now,” Phillips said. “Just helping out and not having to do all the paperwork, setting up and taking down courses and being in charge of checking out eligibility and so forth.

“I’m happy right now with what I’m doing, but that thought has entered my mind. If somebody needed something on the spur of the moment, would I step aside from retirement and go into this? That’d be a question.

“I think I’m enjoying what I’m doing now, though, but there’s always that edge that tells me ‘You’ve done it for so long and you’ve been involved in cross country now for 42 years, you’re still with it and you’re working with young men and young women and you enjoy it.’

“As long as I can keep on walking, why not help out when I can?”

Whatever program he decides to help out, whether it’s Ishpeming or Marquette or some other school, this Hall of Famer’s help and expertise will in all likelihood be welcomed with open arms.