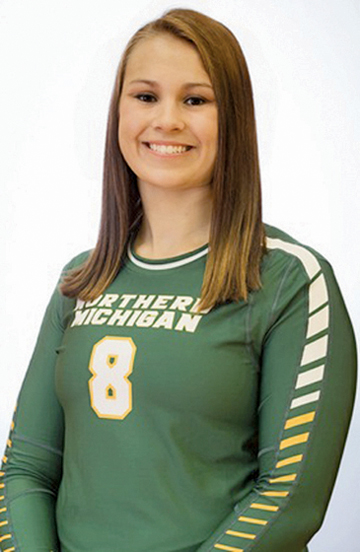 She and other members of the all-tournament team were chosen by the head coaches from the participating schools, which included Jailyn Borum, Briann Bush and Alyssa Hasler of Illinois-Springfield; Stephanie Doak, Rachel Losch and Lauren Murphy of Missouri Western; and Hope Gramley of McKendree.

Liebeck had 53 kills in four matches, all wins for NMU, including 20 in the Wildcats’ toughest match, a 3-2 victory over the host Prairie Stars.

She also had a sparkling .404 hitting percentage, along with eight total blocks, two digs and a service ace.

The Wildcats are holding a intrasquad scrimmage at 7 p.m. today at Vandament Arena that is free and open to the public.

Northern hosts the Wildcat Open this weekend, playing the first of four matches in the event against Minnesota-Crookston at 1 p.m. Friday.