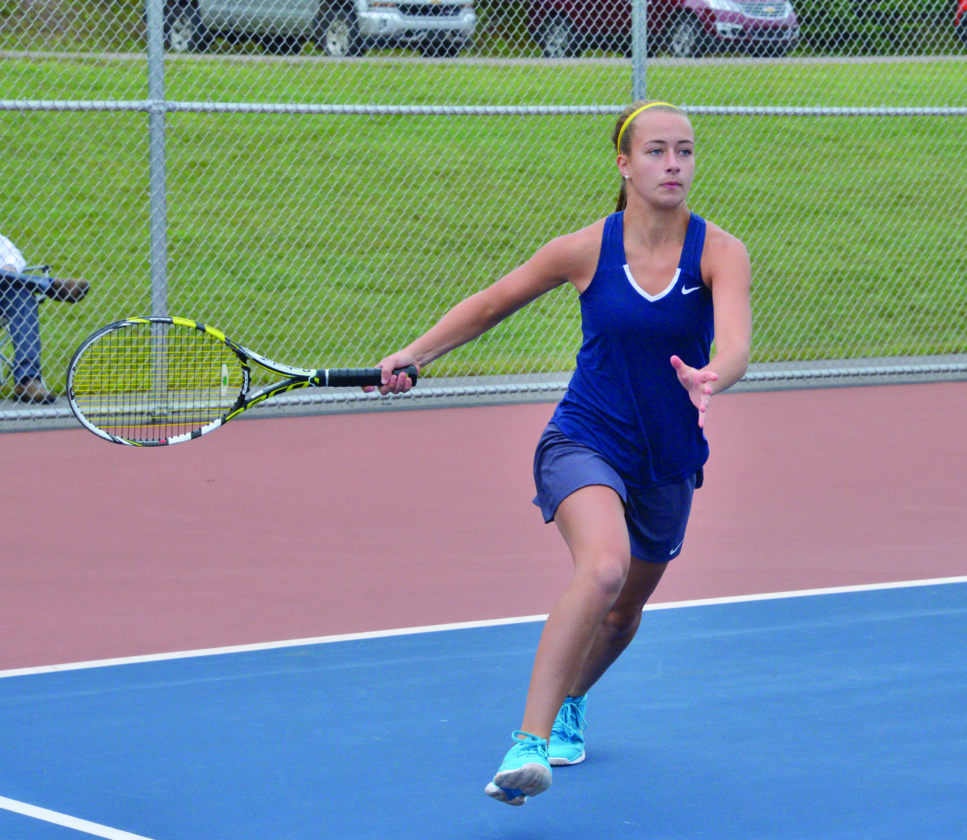 ISHPEMING — Ishpeming battled the elements to get their meet against Munising in and it paid off with a 7-1 victory in high school girls tennis on Tuesday morning.

The Hematites (2-4-1) won each of their flights in two sets, including a tough one initially at No. 3 singles, where MaKenzee VanBuren pulled off a 7-6 (7-5), 6-0 win over the Mustangs’ Logan Peters.

“The girls played well despite the conditions,” IHS coach Erl Langness said. “We’ve already been dealing with two injuries to our regulars, and we’ve had to shift some people around.”

Ishpeming is part of a three-team “triangular” to be held in the west end on Thursday. The Hematites host Westwood at 9 a.m. and Ironwood at 11 a.m. before Westwood entertains the Red Devils at 1 p.m.

At Negaunee, the Miners had little trouble bumping their record to 5-0 against the shorthanded Modeltowners.

Gwinn was unable to field Nos. 3 and 4 doubles teams, but was also able to win just four games in the six contested matches.

Most came at No. 2 singles, where Negaunee’s Maci Aho prevailed 6-0, 6-3 over Jaleigh Martinez.

“We had several girls who were able to step in, get some good experience and play well for us,” Miners coach Kyle Saari said. “Maci did a good job getting to the net more and that’ll help her later on.”

Both teams return to action this morning at home, Negaunee facing Westwood and Gwinn hosting Gladstone.