Finally getting on the track 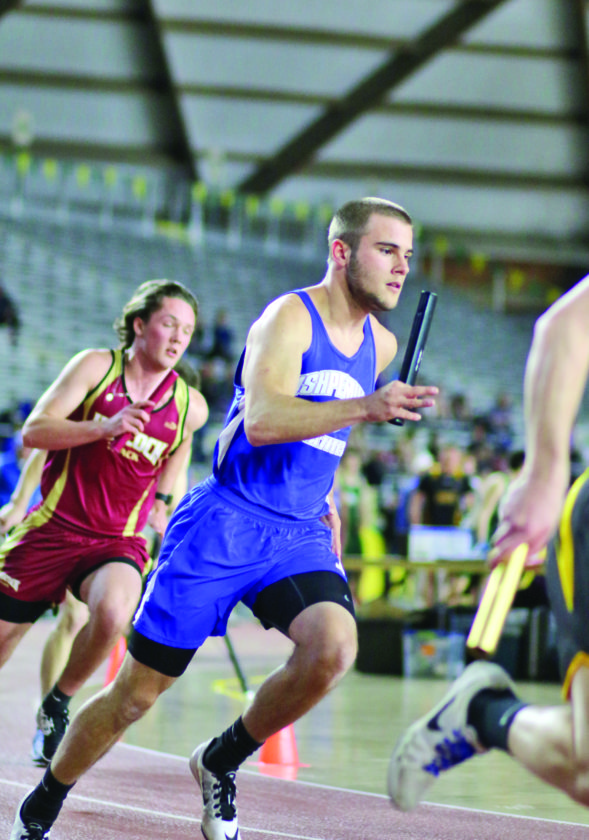 MARQUETTE — Mother Nature hasn’t quite cooperated with the spring sports season in the Upper Peninsula thus far, but that wasn’t a problem on Wednesday as 10 high school track & field teams took to the Superior Dome for a Division 2 meet.

The meet, hosted by Ishpeming, was the first of the season for several, if not all, of the participating schools as the final leg of winter weather has forced cancellations of early season meets.

Ishpeming head coach P.J. Pruett said it was nice to get into an actual meet after training indoors for the last several weeks and the Hematites’ first meet at Menominee being cancelled on April 12.

“The Ishpeming track has about five feet of snow on it,” he said. “I’m glad to be in the Dome because we’re basically in our fifth week of inside workouts. This is our first meet of the year and overall, the boys look really good. We’ve got a lot of young boys. The girls look really tough right now. We don’t have many (girls) but they’re very hard workers and they’re doing a really good job.”

Ishpeming senior hurdler Katie Loman finished second in the 55-meter hurdle event with a time of 9.92.

Loman said hitting a track for the first time this season took some time to adjust to after weather forced indoor training.

Loman added that the low numbers on the girls team means the Hematites need to strive even further for success.

“We came into this meet wanting to win and knowing that we really had to strive because we’re really short on girls,” she said. “So knowing we’re all doing four events and we’re all pushing our limits, that’s really cool.”

Loman also took first place in the 400 dash with a time of 1:11.29. Ishpeming freshman Madisyn Mead finished third in the hurdles event.

Other notable results on the girls side include Gwinn junior Mallory Delmont taking third place in the 55 dash with a time of 8.20.

Delmont said it feels good to be on the track again and has some high expectations for a successful season, particularly on the relay teams.

“It was a lot harder running inside since we haven’t been able to do anything really,” she said. “But it feels good to be back running.

“We should do pretty good this year. We took second last year with our 400-relay team at U.P.s so we have pretty high expectations for this upcoming season.”

“It’s hard not being able to run outside at all,” he said. “Practicing in school hallways and in the gym and everything. So the kids are a little unconditioned but it’s the first meet of the year so things can only get better.

“We’ve got a lot of young kids on the team but once they get a little more experience they’re going to do really good.”

Other results include Ishpeming’s Kayla Koski taking first place in the 800-meter dash and long jump. Gwinn’s Brooke Mannor finished fifth in the 400-meter and Ishpeming’s Chloe Sjoholm finished third in the 800 run. Ishpeming also took victories in the 4×200 and 4×400 relays.

On the boys side, Ishpeming’s Kyle Pruett took first in the 800 run with a time of 2:21.19. Fellow Hematites Jordan Longtine and David Liimatta took fourth and fifth in that event.

The Hematites also had a 1-2 finish in the 3200 race with Spencer Giroux taking first and Jonah Broberg taking second. Both had times of 11:12. with Giroux edging his teammate by .63 seconds.

Full first-place results from the meet can be viewed on page 2B.