Putting the ‘new’ in Newberry

Changes come in head coach, quarterback, but team philosophies should be familiar 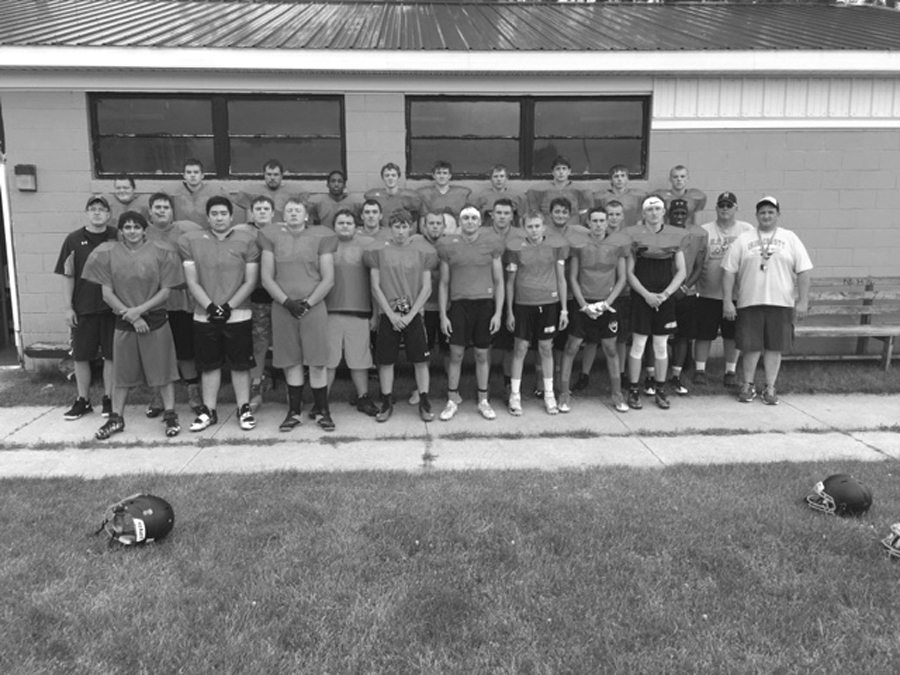 NEWBERRY — This season will be a new beginning for the Newberry Indians.

Long-time head coach Fred Bryant has moved on to become the athletic director in Cadillac, so former junior varsity coach George Sevarns has moved into the big job.

Sevarns says it’s been a bit of an adjustment moving up a level, but for the most part, there isn’t much of a difference between the two teams.

“Coaching is something I enjoy doing and when the opportunity came up, I was fortunate to get it,” he said. “So far, it’s been fun. It’s a bit of a change because the speed of the game is faster and the kids are at a different stage of their growth and mindset.

“However, as far as what we’re doing offensively and defensively, we’re sticking with what we’ve been doing since middle school.”

The other big change from last season is at quarterback. John Paramski was a four-year starter as the Indians’ signal caller and led them to the playoffs last season. Now, Sevarns’ son George Sevarns will take the helm, so things will look at least a little different on offense.

“George was the JV quarterback until last year when he played receiver,” Coach Sevarns said. “They’re definitely different quarterbacks as John was a power runner and George is more elusive.

“(George is) not the bull-charging-through-the-line like John, but George is more of a passer and he’ll be avoiding tackles. So it’ll be a change for sure.”

The new QB won’t have to do it all on his own, though, as he’s got a solid backfield and some good receivers to help march the ball downfield, both in the slot and along the sidelines.

“We run a spread, so we’ll have a lot of guys going out for passes. Jeff will be a good one to watch and Ethen Edwards will be, too. Alex Henry and Nathan Magnusson will also be out there and Nathan is probably the best route runner we have. He doesn’t have the kind of wheels you want in a receiver, but he can find his openings.

“We definitely have some good targets for sure.”

As far as what we’re

defensively, we’re sticking with what we’ve been

As far as the offensive line goes, the Indians are in the same shape as many others in the Upper Peninsula — they aren’t very big. However, Sevarns says what they lack in size, they make up for in other ways.

“We’re more average-sized, but we’re strong, quick and smart,” he said. “They get to where we need to get to and Dave Carlson and Joe Stewart have played varsity before. We should be solid, we just won’t be huge. You see that more with smaller schools. For some reason, the size is going away.”

One advantage that Newberry has over other schools is depth. The Indians have 29 players with 17 of them seniors, so unlike other teams, they don’t have to make all their best players play both offense and defense. Sevarns said there will be a couple that will do that, like his son, but guys like Bill Obey and Devon Carson can simply focus on playing on the defensive line.

The schedule won’t be easy, either, as the Indians only play three home games in an eight-game schedule. They will also make some long road trips to places like Lake Linden-Hubbell, Norway and Bark River-Harris. They even have a game down at Gaylord St. Mary, so it could be a grueling road. However, Sevarns likes what he has in front of him and is looking forward to the year.