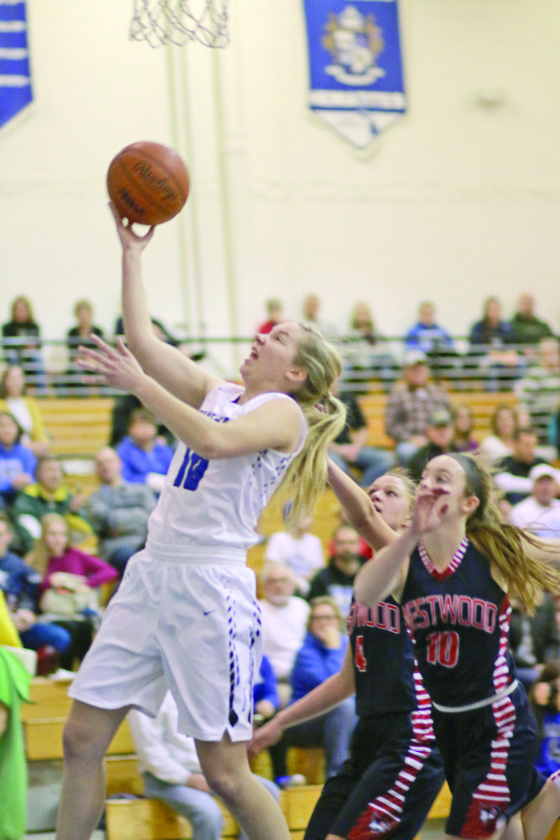 Ishpeming junior Madigan Johns and senior Marissa Maino both picked up awards for the Class ABC Second Team as did Negaunee’s Clara Johnson. All three earned their spots fairly easily.

The Ishpeming tandem was a big part of the Hematites’ success this year. Ishpeming upset undefeated Munising in the first round of the Class C district tournament in Negaunee and came just short of completing a huge comeback against the host Miners in the final.

Johns, a 5-foot-8 sharpshooter, led the Mid-Peninsula Conference in 3-point shooting at 42.3 percent despite only playing in 11 games before a season-ending injury. Maino, a 5-8 post player, was more effective in the paint and at the charity stripe as she shot 84 percent from the line.

While the Ishpeming girls have their specialties, Johnson can play whatever role is needed as she was a great complement to her older sister Aleda, who made the First Team.

Clara Johnson averaged 11 points per game and shot 38.6 percent from 3-point land, while also leading the team in assists and being asked to guard the other team’s biggest offensive threat.

“Clara has distinguished herself as a premier player in the U.P. and is a solid Class A-B-C All-U.P. player,” Negaunee head coach Brandon Sager said.