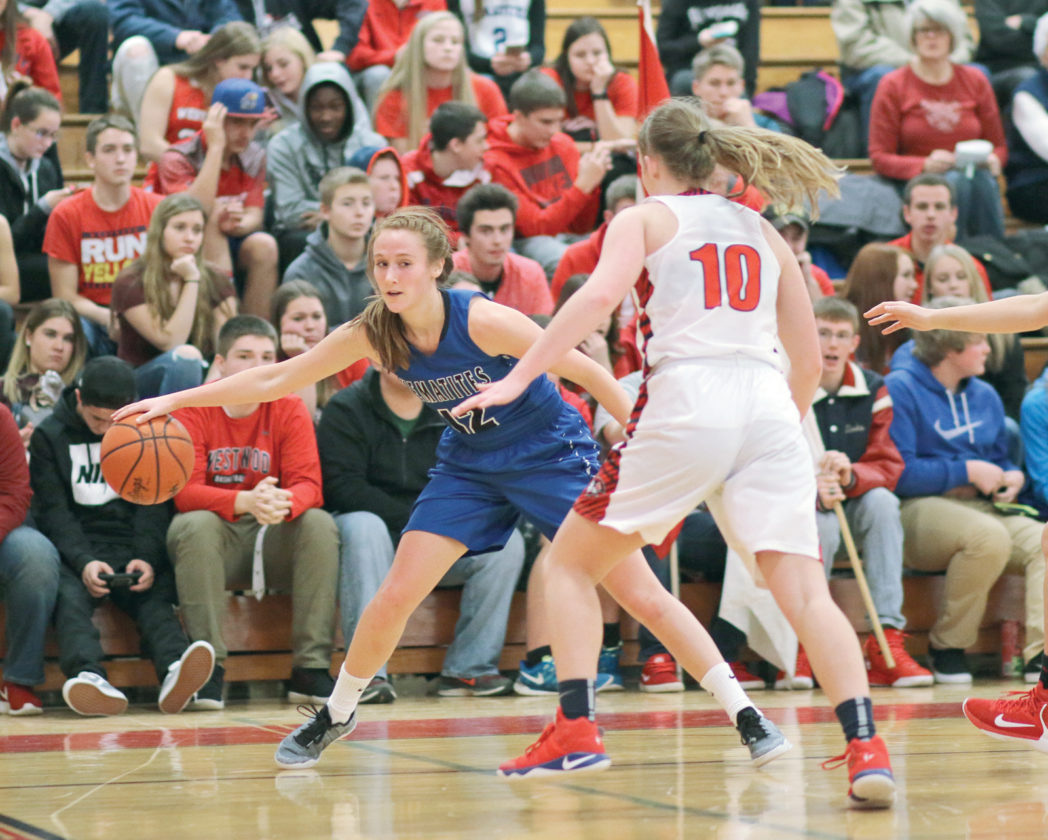 Ishpeming’s Khora Swanson dribbles and prepares for a pass against Westwood on Dec. 29 at the Patriots’ gym. (Journal file photo by Rachel Oakley)

EAST LANSING — Senior Khora Swanson of Ishpeming has been named one of only six student-athletes at Class C schools statewide to receive a scholarship through the Michigan High School Athletic Association’s Scholar-Athlete Award program.

The announcement was made last week along with the four winners in Class D that included Seth Polfus of North Central.

Swanson and Polfus were the only Upper Peninsula students named in classes C and D to earn the $1,000 college scholarships.

The U.P. pair and 30 other winners will be honored on the court during halftime of the Class C boys basketball championship game at Michigan State University on March 25. Class A and B winners will be named later this month.

Sponsored by Farm Bureau Insurance, the 28th annual program looks at students with a 3.5 or better grade-point average and who have lettered in at least one sport the MHSAA sponsors a postseason tournament.

Entrants must also show active participation in other school and community activities and write an essay on the importance of sportsmanship in athletics.

Swanson, a member of the Hematites varsity girls basketball team, ran four years in cross country and will be in her fourth year in track and field this spring.

She became the first Ishpeming girl to win the U.P. individual title in cross country, winning the Division 2 race in 2015, and helped lead IHS to three team titles.

She has a 4.0 GPA; participates in the school’s select chorus; is in her second year as student body vice president, youth advisory council president and key club secretary; and has volunteered as a peer-to-peer and Special Olympics mentor.

Her college plans are Northern Michigan University or St. Norbert College in Wisconsin to study education.

This is a quote selected by the MHSAA from her application essay: “Choosing to exemplify outstanding sportsmanship will transfer to daily life as well as future life, when playing sports may not be routine anymore…. Learning the importance of a great attitude at a young age just may be the key to keeping competition healthy at all ages.”