Pompeo was not Marine officer 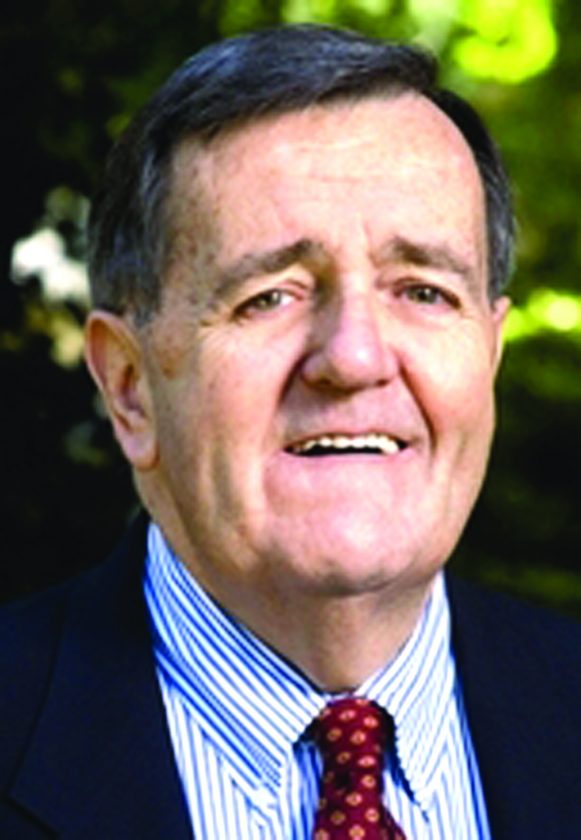 Secretary of State Mike Pompeo has impressive credentials: He graduated third in his class from Los Amigos High School in California’s Orange County before winning an appointment from his congressman — “B-1 Bob” Dornan, a conservative remembered for his unstinting support for the California-built U.S. supersonic aircraft — to the United States Military Academy.

At West Point, in his 1986 graduating of 973 men and women, Pompeo finished first. He left the Army with the rank of captain after six years to go to Harvard Law School, where he was an editor of the Law Review.

Elected to Congress in 2010 from the Kansas district anchored by Wichita and home to the conservative Koch Industries, Pompeo collected more campaign donations from the Kochs and their employees than any candidate in the country. The parents of his Democratic opponent, state Rep. Raj Goyle, had been born in India; Pompeo-backers bought a billboard with the unsubtle message “Vote American. Vote for Pompeo.”

Three terms in the House were followed by President Donald Trump’s selecting Pompeo to be director of Central Intelligence and then, after the sacking of Rex Tillerson, America’s 70th secretary of state.

What Pompeo was not, as one Pompeo-admiring reader erroneously insisted, was “an ex-Marine.”

First, let it be understood that there are, according to Marine Corps tradition, only “former Marines,” not any “ex-Marines,” with the exception of presidential assassin Lee Harvey Oswald. Even overage, overweight and out of breath — like your writer, who served after the Korean War and before the Vietnam War and neither fired any weapon in anger nor had any fired at him — somehow still qualifies.

The reason, beyond his resume, that I am certain Pompeo was never a Marine Corps officer is very simple. The most junior Marine second lieutenant learns the first rule of leadership: “Officers eat last.” Every Marine officer makes sure that those troops under his command — the lance corporals and the privates — have been fed before the lieutenant picks up a knife and fork.

Marines live by the rule that loyalty goes both down and up the chain of command.

The Marine ethic requires responsibility to duty and responsibility to other before self. This is the antithesis of the unfettered individualism that genuflects before profit and personal comfort. The selfish and self-centered executive (or secretary) who disregards — or, worse, deserts — his troops would be shunned in the Corps.

When it came to standing up for and standing with the dedicated U.S. ambassador to Ukraine who was being libeled and slandered by his own boss and the boss’s private attorney, “Captain” Pompeo was missing in action.

When the decorated career public servant and former U.S. ambassador — whom he himself had chosen as his trusted deputy — had three times entreated the secretary to intercede, as any responsible officer would on behalf of his unfairly disparaged subordinate, “Captain” Pompeo dared not speak truth to power and abandoned his own troops. CYA — cover your (own) area — was the secretary’s guiding maxim.

When the going gets tough, Mike Pompeo apparently goes silent so as not to upset his own self-obsessed commanding officer. No, it’s evident: Mike Pompeo was definitely not a Marine Corps officer.

Editor’s note: To find out more about Mark Shields and read his past columns, visit the Creators Syndicate webpage at www.creators.com.

The COVID-19 pandemic has undoubtedly had major impacts on small businesses throughout Michigan and the Upper ...

Keep the second wave of COVID-19 away from state

Will the state of Michigan, as well as the United States enter a second wave of COVID-19? It remains to be seen. ...

Law enforcement at multiple levels in recent times has taken a great deal of criticism. Some of it has been ...

Saturday is the Fourth of July and for many people, it will be the oddest Independence Day of their lives as a ...

Make sure to take extra precautions this holiday weekend

The Fourth of July weekend is nearly upon us, and this year’s holiday will certainly be a unique one, as we are ...

Setting tuition rates and dealing with financial matters are challenging processes, even in the best of ...