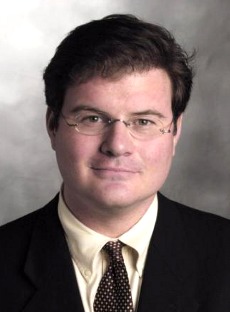 The Democrats’ crusade to force a government shutdown in order to win permanent protections for “Dreamers” went down in flames Monday. The price extracted by Democrats was meager compared to what they wanted. Senate Majority Leader Mitch McConnell (R-Ky.) merely agreed to allow a floor debate on immigration (which McConnell said he’d have done anyway). But this compromise does guarantee that we will now get a “clean” immigration debate, and therein lies an opportunity for a big win — though President Trump may not like it.

Last week, White House Chief of Staff John Kelly reportedly angered the president in an interview with Fox News’ Bret Baier. Among Kelly’s transgressions, he said that the president had been “uninformed” in his thinking about the wall during the campaign and that Trump’s views had “evolved” beyond some mammoth monument on the southern border.

The president repudiated his chief of staff, saying on Twitter, “The Wall is the Wall, it has never changed or evolved from the first day I conceived of it.”

It’s true that the president’s thinking on immigration has changed many times. He once favored a “deportation force” and a “total and complete shutdown of Muslims entering the United States.”

But Trump has said many times that the wall needn’t be one contiguous barrier spanning the entire border. On the general idea, he’s been implacable. And that’s a problem.

There’s a reason Senate Minority Leader Charles Schumer (D-N.Y.) and other Democrats are willing to trade initial funding or authorization for a wall in exchange for help on the Dreamer question. They understand that even under the best circumstances it will take years to build a wall, and many of them are already on the record for supporting beefed-up border security. And, if Democrats take back the House in 2018, they can turn the thing into a white elephant.

The problem with the wall is not necessarily that it’s a bad idea. It’s that it has become a symbol detached from policy considerations. An old friend of mine once had a painting company in college. Their unofficial motto was, “We may be slow, but we’re expensive.” That could be the motto of the wall, too.

Meanwhile, there are faster and more effective ways to deal with the problem of illegal immigration and the drugs “pouring” into our country, which mostly come through legal ports anyway.

Most serious immigration restrictionists favor enhanced border security and want some more physical barriers, but ultimately their support for the Trump wall is a political priority, not a policy one. They’d much rather see the president trade a Dreamer fix for cheaper and more effective solutions to the problem of illegal immigration, as well as reform of the legal immigration system. Top of the list: mandatory E-Verify, a program by which employers can check on the immigration status of job-seekers.

That’s because the biggest driver of illegal immigration isn’t on the supply side; it’s on the demand side. Immigrants, legal and illegal, come to America primarily to work. They stay because their employers, many of them Republicans, don’t care or don’t ask about immigration status. Democratic politicians, particularly in sanctuary cities, want to keep it that way.

The wall, in theory, would stop illegal border crossings from Mexico, but it wouldn’t do anything about people who come here legally and then simply overstay their visas — about 42 percent of immigrants in the country illegally.

“Though there are parts of the border where better barriers are needed, universal E-Verify would probably do more to cut illegal immigration,” Mark Krikorian, the executive director of the Center for Immigration Studies, tells me. “It would weaken the jobs magnet, which is what attracts both border infiltrators and visa over-stayers — the wall is irrelevant to over-stayers.”

Unlike the wall, Krikorian notes, “E-Verify wouldn’t cost much, if anything, since the IT infrastructure is already in place to handle all new hires.”

If Trump wanted a clear — and immediate — win on illegal immigration, he’d evolve and recognize that the wall’s greatest utility might be as a bargaining chip.

Editor’s note: Jonah Goldberg is a fellow at the American Enterprise Institute and a senior editor of National Review. You can write to him in care of this newspaper or by e-mail at goldbergcolumn@gmail.com, or via Twitter @JonahNRO.

We hope the Michigan Senate finds the intestinal fortitude and legal means to release the results of an internal ...

Taking a peak at a cellphone while driving is hardly a rare occurrence, but the dangers of splitting our attention ...

UPAWS to benefit from Raise the Woof fundraiser

If you’re searching for something to do on a cold and blustery Friday night, we have a suggestion that is fun and ...

YMCA’s annual campaign a worthy cause

Not everyone can afford a class at the YMCA of Marquette County. That’s why it’s important for the community ...

There’s an agency in Marquette County that supports local entities, and residents — typically thousands of them ...

We applaud a land transfer made recently within the city of Marquette that results in a handful of acres being ...