WASHINGTON — House Republicans, in their efforts to short-circuit the Democratic impeachment of President Trump, have for months railed against a closed “process” of hearing witnesses and demanding other evidence of his misbehavior.

House Speaker Nancy Pelosi has now called their bluff by agreeing to open the Democratic inquiry to public scrutiny, and allowing a House vote on conducting the impeachment inquiry itself.

It’s a case for the Republicans of getting what they wished for, with a near-certainty that the Democratic-controlled House will approve it going forward.

Thus, in one fell swoop, Pelosi has buried the GOP charge of illegal process that has been Trump’s sole defensive device so far. It leaves him and his party naked to the substantive allegations of obstruction that he faces in Congress’ constitutional mandate to oversee his conduct of the executive branch.

If all now goes according to expectations, the Democrats after a period of closed fact-finding will publicly lay out their strongest case for the president’s removal from office, in the hope of accelerating public support for that outcome.

Assuming there are enough votes now in the House to impeach Trump, the process will eventually move on to the Republican-controlled Senate, where a two-thirds majority of members present and voting would be required to convict him — which seems unlikely as of now.

History would appear at this juncture to be on Trump’s side, inasmuch as in the only two presidents ever impeached — Andrew Johnson in 1868 and Bill Clinton in 1999 — were acquitted. (President Richard Nixon in 1974 faced impeachment but chose to resign).

However, no previous president has stained the highest American public office as much as Trump has. His callous disregard for established norms of truth, common decency and respect for the law has convinced many voters that enough is enough.

So the central question before the electorate is whether the Constitution’s sole route for removing an undesirable chief executive short of a national election should be taken, especially with only about a year remains before that normal opportunity to replace him approaches.

Many Democrats argue Trump has already done more than enough damage to the country and its political process to warrant his impeachment, and that he can do even more in the time left in his current term. But his existing voter strength across the country, said to be 40 percent or more in various public-opinion polls, indicates substantial support otherwise.

Trump’s firm hold on the Republican Party is well confirmed in the fact that no serious challenger within it has emerged to contend against him for the 2020 GOP presidential nomination. Two longshot party members, former Massachusetts Gov. William Weld and former South Carolina Gov. Mark Sanford, have offered token opposition.

Perhaps the most prominent outspoken Republican voice against Trump is Sen. Mitt Romney of Utah, the party’s 2012 presidential nominee, but even Romney seems restrained in his criticism and indicates no present intent to enter the fray.

So the only relatively realistic endeavor to end the Trump reign of erratic and inexperienced domestic and foreign policy remains in the hands of Speaker Pelosi’s impeachment campaign. It is closing in on a president unprepared and ill-equipped to defend himself other than with bluster and clumsy responses.

The recent demonstration by Republican congressmen who stormed a secure hearing room on Capitol Hill where a Defense Department official was to give a deposition only displayed their disregard of their own House rules, and the lawlessness of the current era.

And so the “process” they so recently railed against moves forward, with little that Donald Trump and his loyalists can do to detour it. 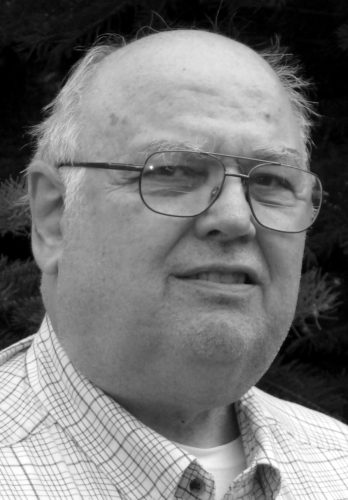