Cancel Culture hypocrites are on both left and right 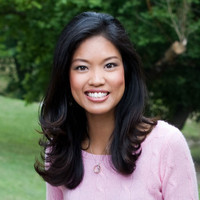 Cancel culture is metastasizing. No one is safe anymore, including yours truly.

On Tuesday afternoon, I was informed that Bentley University in Waltham, Massachusetts, had pulled the plug on my book discussion of “Open Borders Inc.” with the Center for Immigration Studies’ Director of Policy Studies Jessica Vaughan. The event had been scheduled for this Friday and co-hosts from Bostonians Against Sanctuary Cities were expecting a crowd of about 300 people.

University officials gave pale excuses for the last-minute cancellation, citing local organizers’ request for an audio box to accommodate media outlets. Anti-sanctuary activist Lou Murray condemned the decision as “malarkey,” vowing that “the show must and will go on.” The Bentley University administrators who squelched our open discussion of who’s subsidizing and profiting on the mass migration agenda, Murray said, “are the new politically correct Puritans. I thought ‘Banned in Boston’ died long ago.” Liberal opponents of book burning change their tune when the book topics don’t fit their narratives.

This isn’t the first time that immigration enforcement advocates have been targeted in the Bay State. In 2017, Vaughan’s talk on sanctuary policies at the Veterans of Foreign Wars building in Franklin, Massachusetts, was canceled after a vehement protest by left-wing illegal immigration supporters recycled the Southern Poverty Law Center’s smear that CIS is a “hate group.” Vaughan is scheduled to speak next week at a community center in Sharon, Massachusetts. Protesters are already organizing online to disrupt the event.

Marginalizing all champions of secure borders and sovereignty as “haters” is SPLC’s bread and butter. Even after its hate-manufacturing character assassins have been discredited as poverty palace scam artists by liberal journalists, the group succeeds in executing attacks on political opponents through willing and able media surrogates. The New York Times, Washington Post, Newsweek, CNN, PBS and MSNBC have all regurgitated SPLC’s release of leaked emails between senior White House adviser Stephen Miller and a former editor for the conservative Breitbart website. Miller, who is Jewish, has been attacked repeatedly as a “white nationalist” for recommending immigration restrictionist books and websites that the powers that be don’t want anyone to read. Miller’s frank discussions of “demographic Armageddon” wrought by mass, uncontrolled migration have been deemed beyond the pale. Unhinged Sen. Mazie Hirono called on Miller to resign.

But math doesn’t lie. The unrelenting numbers of amnestied illegal immigrants, guest workers, foreign students and green card holders on a path to citizenship — who vote overwhelmingly, stubbornly and immutably Democratic — do indeed spell doom. This week, both The New York Times and Los Angeles Times reported on the obvious electoral impact of open borders on Virginia and California and the rest of the country, which will be majority-minority by 2045.

No one called on the journalists reporting the facts to be fired or smeared them as “conspiracy theorists.” When I delivered the same message on Fox News two months upon my book launch, however, globalist billionaire George Soros’s lying henchmen at Media Matters compared me to the Tree of Life synagogue shooter and hurled “anti-Semite” epithets at me. More recently, when I defended conservative nationalist students who confronted establishment GOP representatives at campus events held by Turning Point USA and the Young America’s Foundation with serious questions about the detrimental consequences of mass migration, the Keepers of the Gate called on me to be de-platformed and cast out of the conservative “mainstream.”

After delivering two speeches at Lock Haven University and UCLA on the important battle between grassroots “America first” activists and big business , open borders Republicans, YAF issued a statement this weekend, asserting: “There is no room in mainstream conservatism or at YAF for holocaust deniers, white nationalists, street brawlers, or racists.”

Yes, my friends, they were talking about me.

Both the open borders left and right don’t want to address immigration-induced demographics. They just want to demagogue, while joining together in D.C. to push expanded guest-worker pipelines (S.B. 386), agribusiness amnesties (H.R. 4916), and massive “Dreamer” work permits (H.R. 6). Employing the very witch hunt tactics of the left that so many conservative pundits purport to abhor, YAF and others (including Jonah Goldberg, David French, various snot-nosed libertarians from the Washington Examiner and elsewhere) demand that I disavow the young nationalist disrupters who have captured social media attention over the past three weeks. Don’t rely on slanted summaries of what they’ve said and done. Go to the original sources, as I have done in communicating with many of these earnest students who think for themselves.

Because I named their chief strategist and organizer, 21-year-old YouTube show host Nick Fuentes, I was accused of promoting “Holocaust denialism” and “white nationalism” based on brief clips of Fuentes accumulated by anonymous sources culled from 500 of his hours-long shows. I have done no such thing. The rabid reaction pearl-clutching Beltway elites are having to a kid in his basement exposes how desperate they are to protect the “America last” racket.

Several of the establishment conservatives now smearing America-firsters have themselves espoused identitarian ideas and ethnic nationalism of one flavor or another. But because they are controlled opposition, they are safe.

The only thing I disavow is the hypocritical disavowal mob on both sides of the aisle. I cancel you. 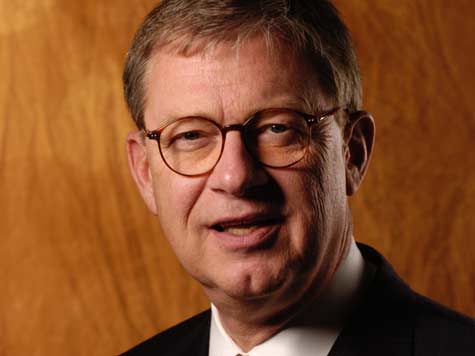