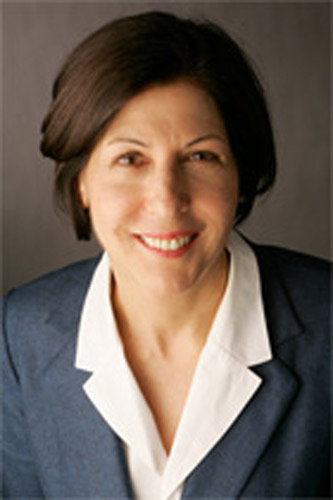 Is anything really wrong with Jay Inslee? Was John Hickenlooper not qualified to be president? And is Steve Bullock a weak candidate? The answers are no, no, no and for all three, “on the contrary.”

Any of them could be a remarkably attractive Democratic nominee for president. In a general election, they might do better than the two firebrand senators trailing Joe Biden in the polls: Elizabeth Warren and Bernie Sanders. But their campaigns never took off. Something in the Democrats’ nominating process isn’t working for their kind of candidacy.

Inslee, governor of Washington state, distinguished himself by seriously addressing the crisis of global warming. He’s left the race. So has Hickenlooper, former governor of Colorado. He is now running for the Senate. Early polls give him a solid lead against the Republican incumbent, Cory Gardner.

The only one still in is Bullock, governor of Montana. Bullock’s main argument to Democrats is his ability to win elections in red parts of the country. In 2016, Donald Trump took Montana by 21 points, but Bullock won the governorship by four.

As far as Bullock is concerned, defeating Trump should make 2020 a one-issue election for Democrats. And “if we can’t win back places that we lost,” he said, “we’re not going to win this election,” he told a recent CNN town hall meeting.

Yet the latest Democratic polls put Bullock’s support at a meager 1 percent. One of his problems might be that some of the very stances a Democrat needs in a red state are not deemed adequately progressive for party activists.

In Montana, many still work in coal, and hunting is part of life. So Bullock finesses his views on climate change and gun control in ways that may bother those wanting more aggressive approaches. (Note, however, that when he ran for governor, the billionaire Koch brothers poured their fossil fuel riches into supporting his Republican opponent.)

As governor, Bullock pushed through an expansion of Medicaid. He lists publicly funded preschool as a top priority.

An outspoken environmentalist, he has helped lead the charge against the Republican crusade to transfer public lands to private interests. Being a hunter helps his credibility.

Bullock is outspoken about other handicaps that campaigns like his face. Governors, he insists, have a harder time because they actually have to govern. That often means compromising with Republicans.

Democratic senators in Washington, particularly now that they are in the minority, accomplish little. “D.C. is now set up to have grand speeches, but not actually get anything done,” he told The Atlantic.

The three Democratic front-runners — Biden, Warren and Sanders — are or were senators.

As governor of purple-hued Colorado, Hickenlooper also worked with Republicans. And given the relentless partisanship of the age, that meant coaxing even moderate Republicans who perpetually fear attacks from the right.

Some Democratic Party rules are also tough on noncelebrity candidates from the heartland. Bullock is angry that billionaire Tom Steyer may have bought himself a spot on the next debate stage — something he has not achieved.

“Tom Steyer just spent $10 million to get 130,000 donors,” Bullock said on MSNBC. That number of unique donors is a threshold for admission into the debate next month. So is 2 percent support in four approved polls by the end of the week.

“We’re getting to the point where we’re spending money online as opposed to actually talking to voters,” Bullock complained, not without reason.

In any case, what an interesting presidential candidate Bullock or Hickenlooper or Inslee would or would have been. But don’t rule out vice presidential running mate.

How bad was Bloomberg’s past workplace behavior?

Russians are coming, again, but this time backing Sanders

cal thomas The Russians are like the devil. Each gets blamed (or credited) with more than they are responsible ...

High stakes in S.C. primary for both Biden, Sanders