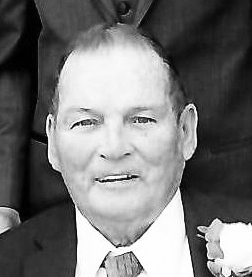 MARQUETTE/ CHAMPION, MI – Donald W. “Saudi” Johnson, age 80, of 1538 W. Ridge St. #8, Marquette passed away on Thursday, July 30, 2020, while in the loving care of his family and the U.P. Home Health and Hospice. Don was a former longtime Champion resident.

Donald was born in Iron River, MI on August 29, 1939, son of the late Anna (Kyllonen) and Irving Johnson. He was a graduate of the Iron River High School. Saudi worked for the Cleveland Cliffs Iron Co. in Pit Operations at the Empire Mine, retiring in 1998 after 32 years of service. He was a member of Independent Apostolic Lutheran Church.

He was preceded in death by his parents, brother; Tom and sister-in-law; Candace

An outdoor visitation will be held on Saturday August 1, 2020 from 11 a.m. – 2 p.m. at the Independent Apostolic Lutheran Church, Co Rd 492, Negaunee. Funeral services will follow at 2 p.m. on Saturday with Chas Prusi officiating. Interment will take place at Northland Chapel Gardens. Pallbearers will be his 10 grandsons.

Don’s obituary may also be viewed at bjorkandzhulkie.com where relatives and friends may leave a note of remembrance.