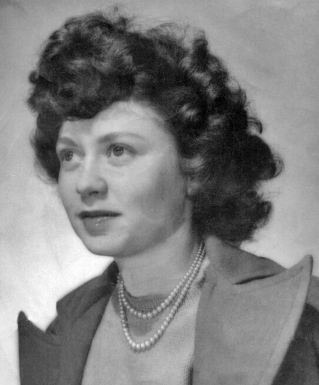 BELLINGHAM, WA – Tommie Mautino passed away peacefully at age 95 in Bellingham, Washington on May 25, 2020.

Tommie, as she was known to all, was born Yvonne Ione East on January 12, 1925 in Monroe, LA to parents Tom and Ruth (East) Thomas. She grew up in central Louisiana, graduating with honors from Buckeye High School in Deville. During World War II, she worked as a secretary at U.S. Army Camp Claiborne in Rapides Parish, LA, and there she met her future husband, Captain Joseph F. Mautino from Bessemer, MI. They married (“once by the law and once by the Lord”) on February 21,1946 when Joe was discharged and moved to Munising in Michigan’s Upper Peninsula. As she stepp“https://s3.amazonaws.com/ogden_images/www.miningjournal.net/images/2020/06/26195138/6-27-Tommie-Mautino-photo.jpeg” alt=”” width=”319″ height=”385″ class=”alignnone size-full wp-image-855295″ />ed off the train in her high heels, this Southern Belle saw her first real snow and started her journey to becoming a full-fledged “Yooper” and one of the matrons on Diaper Alley in Munising. Joe was a pharmacist and in 1955 they bought Arneth brothers drug store in Negaunee, and began Mautino’s Rexall Drugs. They raised four children and lived there until retirement.

In midlife, Tommie returned to school and received her Bachelor’s degree in Art and Elementary Education and Master’s degree in Education from Northern Michigan University. She taught middle school classes in art and English at St. Paul’s Catholic School and Negaunee Public Schools, reflecting her lifelong love of art and reading. She and Joe were avid golfers and longtime members of Wawonowin Country Club in Ishpeming. After retirement, they became snowbirds and spent Michigan winters in McAllen, TX, and Arizona, finally settling year-round in Green Valley, AZ. She spent her last years in Bellingham, WA near her eldest son.

As a self-described “people-person,” Tommie was beloved by friends and strangers alike for her cheerful personality and entertaining stories, jokes and songs. She made friends wherever she went and enjoyed travel, especially to visit her family in Louisiana, Joe’s relatives in Italy, her eldest son’s family with her grandson in Washington State, and her second son in Idaho. At home in Negaunee, she delighted in her daughter’s family with two granddaughters.

Cremation took place in June, 2020, and her ashes will be scattered according to her wishes. A celebration of her life will take place at a later time. Condolences may be sent to Tina Prusi, 117 E. Case Street, Negaunee, MI 49866. The family would like to thank caregivers and staff at Spring Creek Retirement Community and Whatcom Hospice Services in Bellingham, WA for their care and dedication.