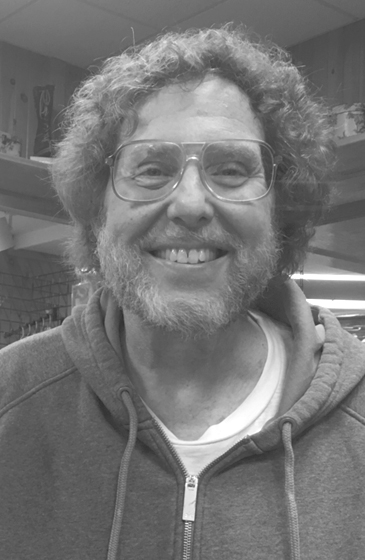 MARQUETTE, MI – Robert A. “Rocky” Getz, 68 of Marquette, passed away Sunday afternoon, May 31, 2020 at his residence in the comfort of his loving family and under the care of U. P. Home Health and Hospice. He was born in Marquette on January 2, 1952 to Theodore and Mildred Getz. Rocky was a 1970 graduate of Marquette Senior High School and a 1974 graduate of Michigan State University.At the age of 13, Rock developed a passion for the family business, Getz Department Store. He worked there for 55 years although he never thought about it as “work.” His family was very important to him. He and his wife, the former Carol Wright, his soulmate, together enjoyed the simplest things in life. Sitting on the porch, listening to music accompanied by a liquid refreshment, brought immense peace and joy. They enjoyed many years together raising Tina (Brian) Young and John Wright, the children he cherished. Along came four grandchildren, Whitney and Nick Young, Sterling and Tyleur Wright. Rock encouraged them in their various endeavors. Rock’s hobbies included his love for basketball and music. He was a lifelong Boston Celtics fan and once spent two hours after a game with Larry Bird, his all-time sports idol. His favorite musician was Gordon Lightfoot. After concerts, Rock enjoyed meeting Gordon and discussing his numerous songs. Rock fought a long battle with colon cancer. His strong determination and sense of humor sustained him in his darkest hours. Support from friends and family were immensely helpful as well.

The family would like to thank Dr. Acharya, Dr. Baer and Dr. Grossman for their compassionate care, also U.P. Home Health and Hospice. In addition to his wife, children and grandchildren, he is survived by a brother, Roger (Karen) Getz of Southern California; in-laws, Tom and Barb Wright, Jesse and Suzie Wright, Quita Wright of Marquette, and Andee Wright of Mountain Home, AR, Gene and Judy Noyes of Florida, and numerous nieces and nephews. He was preceded in death by his parents; one brother, Larry Getz; two brothers-in-law, Jack Wright and Jim Wright. Family and friends may gather in their vehicles at Canale-Tonella Funeral Home and Cremation Services, 526 N. Third St., Marquette on Wednesday at 11:30 a.m. and follow the procession past Getz’s Department Store enroute to the Park Cemetery for a 12 Noon graveside service with Dr. Michael Grossman presiding and Mark Sippola delivering the eulogy. All participants are encouraged to wear a face mask and exercise social distancing at the cemetery or remain in their vehicles. Pallbearers will be Tina, Whitney and Nick Young, John, Sterling and Tyleur Wright.

Those wishing to make an expression of sympathy are kindly asked to consider the U.P. Hospice Foundation, 1125 W. Ridge St., Marquette, MI 49855 in Rocky’s memory. Canale-Tonella Funeral Home and Cremation Services is assisting the Getz family where memories may be shared at canalefuneral.com.