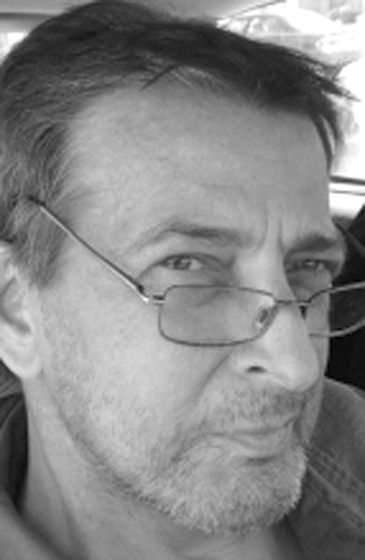 MARQUETTE, MI – Ronald Joseph Pihlainen, 66, formerly of Marquette, passed away peacefully May 7, 2020, while in the care of the University of Michigan Hospital in Ann Arbor.

Ronald was born on September 19, 1953 to Uno and Dorothy (Hoff) Pihlainen of Deerton. He attended Deerton Elementary School and was a 1971 graduate of William G. Mather High School in Munising, where he excelled in football and skiing. After graduation, Ronald was employed at Six County Consortium (Ceda). Ronald married Christine Sult in August of 1972 and started planning a family. Their first child, Robin, was born in the winter of 1973.

In 1974, Ron booked a bus, gathered a bunch of young hippies and made the 3-day trek to the world famous Ozark Music Festival. From early on in life Ron was a die-hard music fan. There was always music playing in some room in the house and most times way too loud; and he just loved going to concerts.

In May of 1979, Ronald and Christine had their second child, Rigel. They named Rigel after a star in the constellation of Orion the Hunter. Ron loved everything sci-fi, including “Killer Klowns from Outer Space”.

In 1980, Ron took his family and headed west to California. Ronald would eventually work at ADP (Automatic Data Processing). He always talked about how much he liked working at ADP and how he always got to talk to NASA.

In 1988, Ron took his family back to the Upper Peninsula so his kids could learn the Yooper way of life and to show them that the only team that mattered was the Green Bay Packers! For the next 14 years Ron enjoyed spending time blueberry picking, going to Mackinac Island, and spending time with his dogs. But most of all he loved being with his sons doing what they loved to do. If he wasn’t fishing or hunting with Robin, he was at the BMX track or an ice rink with Rigel.

In 2002, Ron reunited with an old classmate, Sandra Losh. He finally met his equal in Sandi and together they were two peas in a pod. They shared their love of animals, music, travel and family. Ron and Sandi stuck together for the last 18 years of his life, through all the good times and all the bad times. Ron had a larger than life personality and loved to make people laugh. He will be waiting for us to join him either in a blueberry patch or at a concert with open arms.

Ronald is survived by his sons, Robin of Marquette and Rigel of Green Bay; stepdaughters, Ashley Pratt and Afton Ballek both of Fairbanks, AK; brothers, Terry (Tina) and Tom Pihlainen of Deerton; sister, Connie (Dave) Conger of Marquette; his life partner, Sandi of Green Bay; sister-in-law, Nancy Purdy of Marquette; and his former wife, Christine of Marquette; and by his nephews, Andrew Haydon of Marquette, Christopher (Autumn) Haydon of Deerton and Patrick Haydon of Negaunee; and his nieces, Ann (Derek) Gephart of Marquette and Amy (Patrick) Gabler of Deeerton, along with numerous cousins, and also by his special friend from Mackinac Island, Charlene Ullman; and his beloved dogs, Ginger, Sasha, Rusty, and Binky. Ron was preceded in death by his parents, grandparents, and several aunts and uncles.

A celebration of Ron’s life is being planned for a future date and will be announced as to date, time, and place.