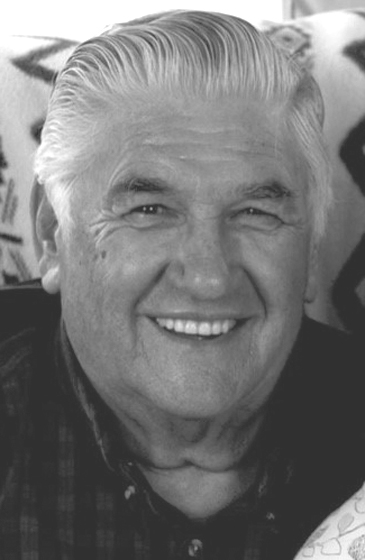 Born July 20, 1935, in Baraga, a son of Benjamin Joseph and Ada (Sipe) Shelafoe, Pete was raised in Baraga until the age of ten. When his parent’s marriage ended, Pete and his sisters went to Muskegon where they were raised by their aunt and uncle, Rose and Solomon Shalifoe. Times were hard and Pete made extra money by collecting lost golf balls at the golf course and selling them, and also working at the carnival when it came to town. He did everything he could to make the lives of his sisters better. He entered military service in 1954, serving with the US Army during the Korean Conflict. On November 3, 1956, Pete was united in marriage to Charlotte Robinson at St. Christopher Catholic Church, Marquette. Pete’s duty assignment sent him to France where he served for four years, during which time their son, Michael, was born. Upon his honorable discharge in 1959, the couple returned to Marquette where their two daughters, Rose and Debra were born. Pete’s early local employments included selling for the Fuller Brush Company, working at Montgomery Ward and later the Marquette Veneer Plant. He then began a long career with Cleveland Cliffs Iron Company, learning electronics at the Pioneer Pellet Plant. During his career as an electronics repairman with CCI, he worked at both the Tilden and Empire Mines, retiring from the Empire Mine, following 32 years of service.

Following retirement, Pete worked at part time jobs and did a lot of volunteering. He volunteered at the Jacobetti Home for Veterans where he often drove vets to doctor’s appointments at the VA Hospital in Iron Mountain. He was proud of his work at Jacobetti and his service to veterans.

Pete was a longtime member of Richard Jopling Post 44 of the American Legion where he served as past commander and was an active volunteer for many years. Pete was instrumental in starting the Flags Program at the Veterans Memorial in Harlow Park. The program which placed flags along Washington Street on Memorial Day, Flag Day, 4th of July, Labor Day, and Veterans Day, has grown from 10 flags to currently over 140 flags. This highly visible tribute to veterans is just one of his many accomplishments. Additionally, Pete served on the executive board of the post and was also involved as a senior leader within the Keweenaw Bay Indian Community Military Honor Guard, participating in ceremonies and funerals with both posts. Always with the goal of making life better for others, Pete previously counseled Native American veterans who were inmates at Marquette Branch Prison helping them start productive lives. Pete served as a founding member responsible for the development of the building used for bingo at the Marquette County Fairgrounds. He assisted with bingo and serving monthly lunches to the members at the Jacobetti Home for veterans. For his many years of service to the community and veterans, Pete was named Marquette County Veteran of the Year in 2019, receiving congratulations and recognition from Senator Debbie Stabenow and Representative Sara Cambensy. The recognition was well deserved as he served faithfully and honorably, generously giving of his time and talent.

Pete always liked keeping busy, assisting his children with home building and remodeling and looking forward to projects. In leisure moments, he enjoyed camper camping (member of Good Sam Club), biking, walking with his wife, and making tin men out of various cans.

Pete was the patriarch of his family, a leader in the full sense, to the entire family including his many in-laws, nieces, nephews, and cousins. He was respected and highly regarded by all.

The family would like to express their appreciation for all the remembrances, words of encouragement, and many kindnesses extended to Pete and to them.

A celebration of life will be held at a later date.