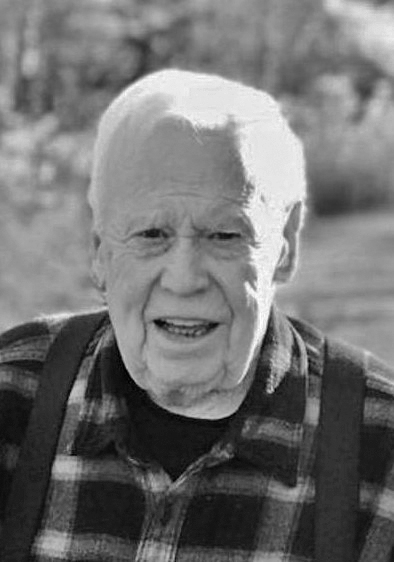 “https://s3.amazonaws.com/ogden_images/www.miningjournal.net/images/2020/04/09082149/4-9-obit-Seymour-Red-351×500.jpg” alt=”” width=”351″ height=”500″ class=”alignnone size-medium wp-image-845386″ />OSIER (NORTH DELTA) MI – Marcel “Red” Seymour, age 82, of Osier (North Delta), passed away Monday, April 6, 2020 at home surrounded by family. He was raised in Osier (North Delta), MI with his siblings, cousins, neighbors, and several laborers who all worked on their family farm. So, it is of no surprise that large gatherings and big meals where one of his most cherished things of all time. This love of gathering was also instilled in his children and their families and it was common to find them all together many times during a month.

Upon graduation in 1957, Red moved to Milwaukee, WI and worked various jobs until he met the love of his life in 1959, he affectionately called the “cold fish.” All kidding aside, he convinced her to go see the submarines come into dock, and by 1960 the two were married and moved home to Trenary, MI. The two newlyweds, bought the HUB restaurant and he was drafted a month later and sent to Colorado initially and quickly transferred to Fort Sill, Oklahoma where he served the rest of his time in the US Army.

When Red returned from the service, he began logging locally which led to a 32-year career with Mead Corporation. He was a long-time member of the Timberman’s Association. His weekly rituals were spent eating at restaurants in Escanaba, like the Terrace and Crispigna’s on Friday nights. In his other free time, he ran a “honey wagon” cleaning out septic systems that his children enjoyed accompanying him, bowling, played softball in Trenary, golfing with his brothers-in-law, fishing on Lake Superior, and being a part of the Trenary Lion’s Club, and hanging out and traveling with many of his friends to Las Vegas.

Initial health problems caused him to retire from work, and throughout his retirement he was in need of a lot of care. Red’s family would like to thank the staff of VA Hospital in Iron Mountain, The Jacobetti Center in Marquette, OSF in Escanaba and Northwoods Homecare and Hospice for all of their efforts to provide care to our father. Additional thanks to all the friends and family who helped Red and the family throughout the years, especially Jeff Malnar, a great friend to our dad.

Visitation and funeral services are being planned for a later date. The Anderson Funeral Homes are assisting the Seymour family and online condolences can be sent at www.andersonfuneralho mes.net.